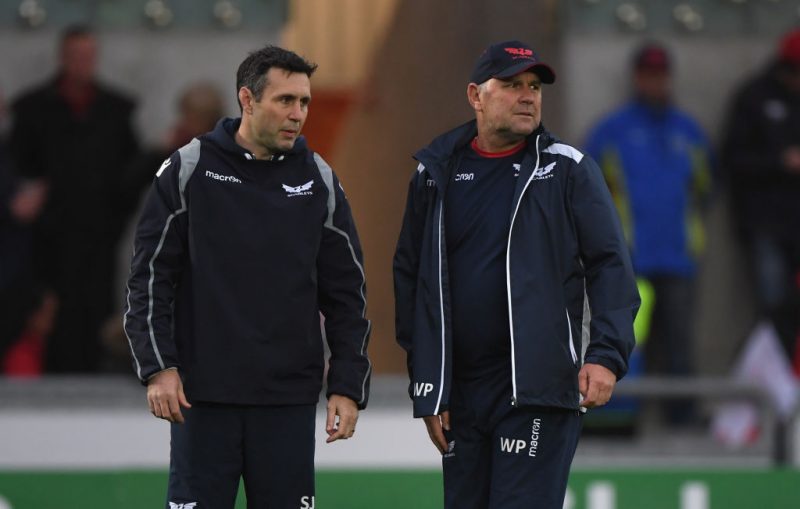 The structure of Wales’ coaching set-up under Wayne Pivac has become clearer after the Scarlets confirmed Stephen Jones will join the WRU after the World Cup.

Pivac was named as Warren Gatland’s successor in July and it has now been confirmed the Kiwi’s backroom staff will include his right-hand man at Scarlets, Jones.

The former Wales fly-half, capped 104 times by his country, will take his burgeoning talents as an attack coach to the union.

Matters with the pack will be taken over by new forwards coach Jonathan Humphreys come the conclusion of the 2019 World Cup in Japan.

Humphreys, a former captain of Wales, spent eight years as coach as Ospreys before moving north to Scotland in roles with the national team and Glasgow Warriors.

Speaking of the announcement, Pivac said: “We are bringing in two hugely experienced, quality Welsh coaches to our set-up in Stephen and Jonathan and have secured the services of both Neil and Paul which is vitally important,” said Pivac.

“The WRU have been forward thinking with their planning and recruitment for post Rugby World Cup 2019 and this has allowed me to bring in and secure the coaches we wanted.

“Stephen and Jonathan are hugely respected not only for what they did on the field as players but in their careers as coaches and I’m delighted to have them as part of our team.

“They will bring a huge amount of experience, excitement and passion to their roles.”

Two of Gatland’s current team of coaches, Neil Jenkins and Paul Stridgeon, will remain with the union under the transition to Pivac.

Jenkins, Wales’ all-time record points scorer, has been part of the national squad coaching set-up since 2006 and will continue in his role.

Stridgeon, the WRU Head of Physical Performance, joined Wales ahead of the 2015 Rugby World Cup and has been an integral part of the Wales management team. He was part of the 2009, 2013 and 2017 British & Irish Lions.

Gatland will lead Wales in Japan, where they will face Australia, Georgia, Fiji and Uruguay in Pool D, and end his 13-year association with Wales upon its conclusion.

And for Jones, it offers him an opportunity to coach the national team which has hit form in 2018 with the emergence of new, young players alongside stalwarts Alun Wyn Jones, Justin Tipuric and Leigh Halfpenny.

“It is a great honour to be asked to coach your country and I’m really looking forward to the challenge and very much looking forward to working with Jon, Neil and Paul for what I hope will be a very exciting period in Welsh rugby.

“I’m very grateful to the Scarlets for the opportunity I have had with them and for their continued support.