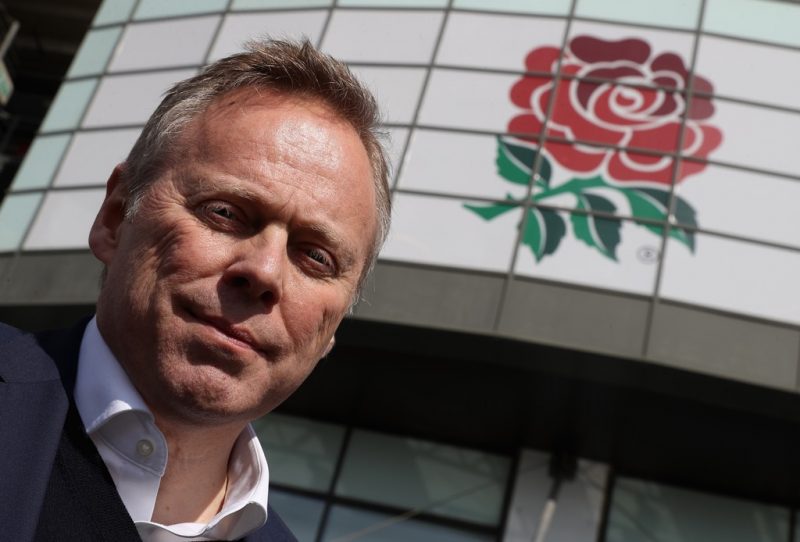 STEVE Brown’s decision to stand down as the RFU’s chief executive is undoubtedly a great pity for the man himself, given that the testimony of those he has worked with at Twickenham indicates he is not only a good chap, but has also been a very effective administrator in many areas.

Brown earned a reputation for being a safe pair of hands and earned considerable kudos in delivering the 2015 World Cup after he was parachuted into the job as MD of the Organising Committee following the departure of Debbie Jevans.

However, a cloud hangs over Twickenham’s financial dealings which needs to be expelled.

In his tribute to Brown on Friday the chairman of the RFU Board, Andy Cosslett, said he played a key role in delivering a tournament described by World Rugby as ‘the best World Cup ever’, and that, “the success of the tournament returned a wonderful dividend for the RFU and left a lasting legacy”.

That dividend of £30m goes to the heart of why Brown resigned last week, mainly because his critics argue there is no legacy from World Cup profit. Former RFU grandees like Francis Baron and Graeme Cattermole say that the RFU’s own accounts show it has disappeared down a black hole.

The main sink-hole in question is the Professional Game Agreement (PGA) signed with Premiership Rugby in 2016, with Brown, then the RFU’s chief financial officer, and Ian Ritchie, the chief executive negotiating on behalf of the Union.

The bid by venture capitalists CVC a couple of months ago to buy a controlling share in the Premiership for £275m highlighted just how far Ritchie and Brown got their sums wrong in paying the professional clubs a king’s ransom of £220m over eight years for the rights to England player release.

The upshot of that agreement is that the RFU have their hands tied financially to pay out more than they can afford, especially with the rebuild of the East Stand at Twickenham going massively over budget, rising from an initial coasting of £53m to £81m. Some of this increase may have been unavoidable due to post Grenfell Tower safety regulations, but the timing of the rebuild is highly questionable given the outlay on the PGA.

What is also remarkable is that six months after Ritchie resigned he was appointed as the chairman of Premiership Rugby, the body he had been negotiating with on behalf of the RFU.

Another aside is that Baron’s scrutiny of the RFU accounts is said to have started at least two years ago – and if that is the case it is a great pity he did not voice his misgivings about the financial perils of the PGA at the time. It would certainly have given Ritchie and Brown pause for thought.

Meanwhile, the disappearance of the £30m windfall remains a huge issue for the guardians of the grass-roots game.

Former RFU president John Owen is adamant that it was earmarked specifically for the grass-roots: “It was always an accepted policy of the RFU that the profits from the World Cup would be ring-fenced for the community game. But then a decision was made to stop the roll-out of the 4G artificial pitches.”

He added: “They work out at about £1m each and the RFU were going to put down 25 of them as community assets.That has now been postponed or cancelled.”

The loss of any RFU community development officers in the recent redundancies is also a sore point with Owen, given the massive spend on the professional game inherent in the PGA.

He says: “I feel very frustrated by the whole thing. I want England to win the World Cup, but I’ve had a 20 year involvement as an administrator in our sport and I’m not standing back and seeing it wasted. I care deeply about this game, and the people in the clubs around the country who put so much into it.”

I have no doubt Brown also cares deeply about the game, but in a recent interview with him in these pages he acknowledged he might have looked at the PGA deal differently given the current financial climate.

He added: “But that’s hindsight, and we can’t do much about that.”

As a result Brown has been the target of a sustained attack on his financial management, and it forced him to step down from a post he described as “the job of a lifetime” 14 months ago.

With that wonderful thing called hindsight I suspect he would have paid much less for the PGA – because that is where the trouble started.