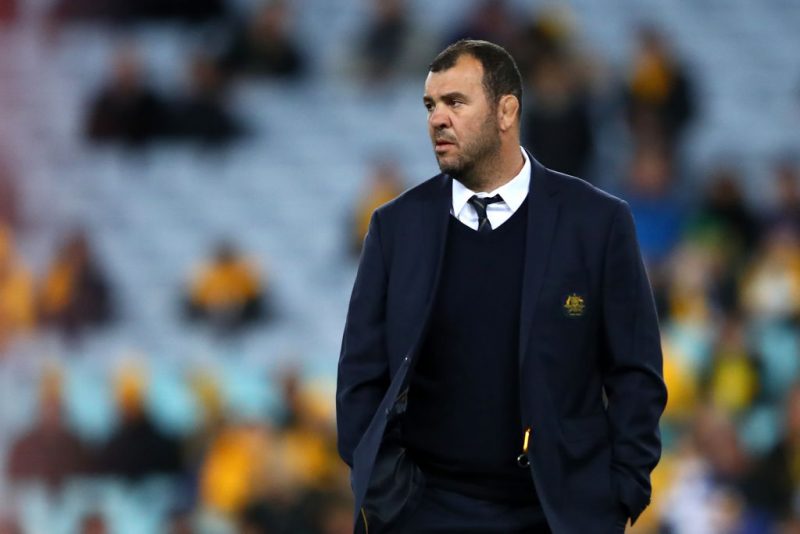 Australia have a serious amount of work to do this week if they are to avoid a hammering in Eden Park next week. Leading 6-0 after 38 minutes against New Zealand, they looked well in the contest and were creating chances.

Both defences were good, and New Zealand were not looking over threatening at all. They didn’t have their usual intensity swarming around the Aussies, who seemed to have their visitors in their pockets for the most part.

But everyone knows there can be a step up in intensity from the All Blacks and they really work hard on those final ten minutes before half time and the first ten after. And, lo and behold, a couple of offloads and out of nothing Aaron Smith scored. But when we will be surprised by what the All Blacks can produce?

People are told when they play the All Blacks ‘expect the unexpected’; but the reality is that it is not unexpected in the way the Fijians can be from behind their one goal line, or the wonderful French team in the late 80s early 90s. With this All Blacks side you pretty much know what’s coming – their players, their gameplan, it’s nothing new, just executed superbly.

Intensity and intelligence describes the All Blacks game for me and they were ruthless either side of half-time – but I was still amazed how quickly Australia fell off. They’ve been together such a long time and know their opposition so well – they play New Zealand a lot – that it is was embarrassing for them in the second half. You’d expext your set-piece to be tight but the lineout was second rate junior rugby standard in accuracy and execution.

Australia had 12 lineouts and lost five. It must be exasperating for the coaches because we have not heard anything to suggest training and the build up was anything other than spot on. It’s an area of the game that is technical and requires proper technique and I would imagine they practice it every day – yet they can’t nail it or change it to make their system work.

They contributed to their problems as the first two New Zealand tries of the second half were down to their own errors. First Waisale Naholo stripped the ball for Jack Goodhue to score before Beauden Barrett scored the next after Dane Haylett-Petty dropped the ball and the Kiwi 10 kicked away and scored.

From the shock wave of Aaron Smith’s try just before half-time when the Aussies led 6-0, within 12 minutes of the second half they were 19-6 down.

By the end Australia’s tackle success rate was just 66 per cent and a top Tier One side can’t expect to keep that status with statistics like that in defence. Again it’s a mix of poor technique and execution. There was an impression that Australia were tackling a lot more than New Zealand but they weren’t: 118 by Australia and 109 by the All Blacks. The real difference was New Zealand had 90 per cent success. 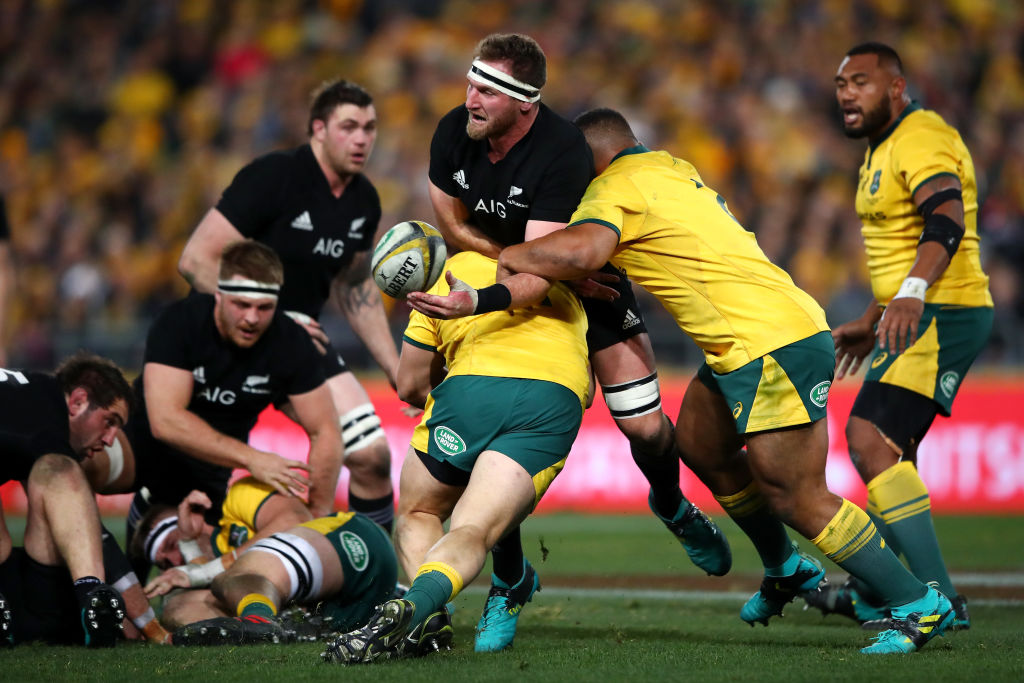 The Wallabies have usually been pretty good at holding on to the ball and going through the phases, but yesterday they didn’t have that same killer instinct that the All Blacks showed and two or three clear cut chances went begging.

Decision making at crucial times needs to improve and they need more clarity. You might get only three or four chances in the whole match against New Zealand and you have to nail them because if you don’t score a few tries against them you don’t win the game.

The All Blacks took a half to warm up but they are firing already and playing a beautiful game to watch that must be a joy to play in. Goodhue might be the least well known but you can just tell he will be a solid, consistent player in the nothing-flash Conrad Smith mode.

Barrett, who has been under pressure from Richie Mo’unga, produced a commanding performance, and Aaron Smith directed it all brilliantly as usual. Naholo was lucky not get carded in the first half but boy he’s a work of art with a rugby ball in his hands. He’s spectacular with a wonderful step at pace and when you think there’s Rieko Ioane as well, it’s a very special back line indeed.

You wouldn’t have known that Kieran Read had barely played all season and that engine room of Whitelock and Retallick is formidable.

Australia need to find another gear. They need to be more excited when they have an opportunity to score and then nail it like all the good Wallaby sides in the past.

They are very well drilled but they look tired and unable to flick the switch and up tempo. It’s not as if possession or territory was overwhelming. It comes down to fitness and I don’t understand the disparity there between Tier One sides. They are all professional with the time to condition themselves, but other teams’ fitness levels are still so inferior to New Zealand.

If Australia cut out their errors, sort out the tackling and raise the intensity, they could get close to the All Blacks in Eden Park next week – but they won’t beat them.