Posted on 16th August 2018 by admin in Columnists, Featured, Features 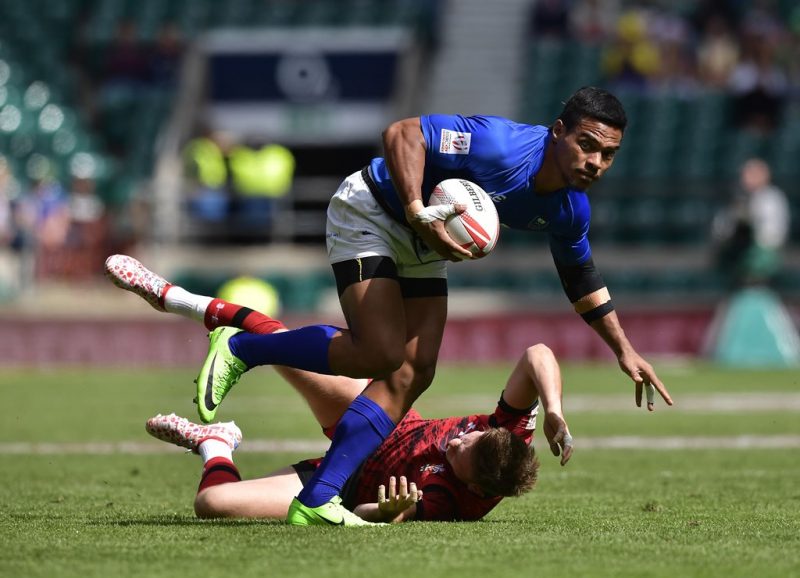 Players of Pacific Island heritage have a long and rich association with the physical aspect of our sport. Search ‘big rugby hits’ on YouTube and you’ll be swamped with compilations containing a host of names who’ve made their mark bossing the contact area: Lomu, Collins, Tuitupou, Sonny Bill Williams, Savea, Tuilagi. And more recently Vunipola, Tuisova, Botia, Radradra. You get my drift.

The combative part of the game comes naturally to us and we are duly glorified and compensated for it. We relish the big hits and are world renown for the physicality we bring. No one likes playing the Islanders.

But there is a softer side to our reputation. God-fearing, unimposing, gently spoken, always up for a laugh, community focussed, family men. It is those values which make our Pacific Island cultures unique – tough guys on the field and gentlemen off it.

But that reputation has taken a bit of knocking recently. In the last month alone, three separate stories of violence have rocked the rugby world. All sadly, involving Pacific Islanders.

The most high profile of those cases was the suspected assault and abduction of Wallabies player Lopeti Timani by Melbourne Rebels team mate and fellow Tongan Amanaki Mafi. While the reasons behind the assault are still unclear – an insult toward a female family member is being alleged – both players were fined AU $15,000 and the case now sits with the courts.

Days later a crisis meeting was called for at the Melbourne Rebels after details emerged of a separate incident involving two of their academy players, also of Pacific Island descent. This time is was in a nightclub, where the altercation left a member of public with a fractured eye socket.

Across the Pacific Ocean to San Fransisco where the RWC 7s were taking place. The competition seemingly being played without hiccup until news broke out of the fight in the stadium tunnel between Samoa’s Gordon Lankilde and three Welsh players. In the wash up; three Welshmen injured, Tom Jones to the point where he was unable to take the field. Langkilde was arrested and incarcerated and now awaits trial in America.

While the mainstream media has done its best to demonise these players,  I want to offer some perspective on the situation. I am not trying to make excuses for people, nor am I trying to make out that these incidents are in isolation. In my role as director of Pacific Rugby Players Welfare (PRPW), we are often called into situations to help deal with the aftermath of violent episodes involving our Pacific community here in Europe. But so far, most of the support services out there deal only with the symptoms when we should be looking at the root causes. 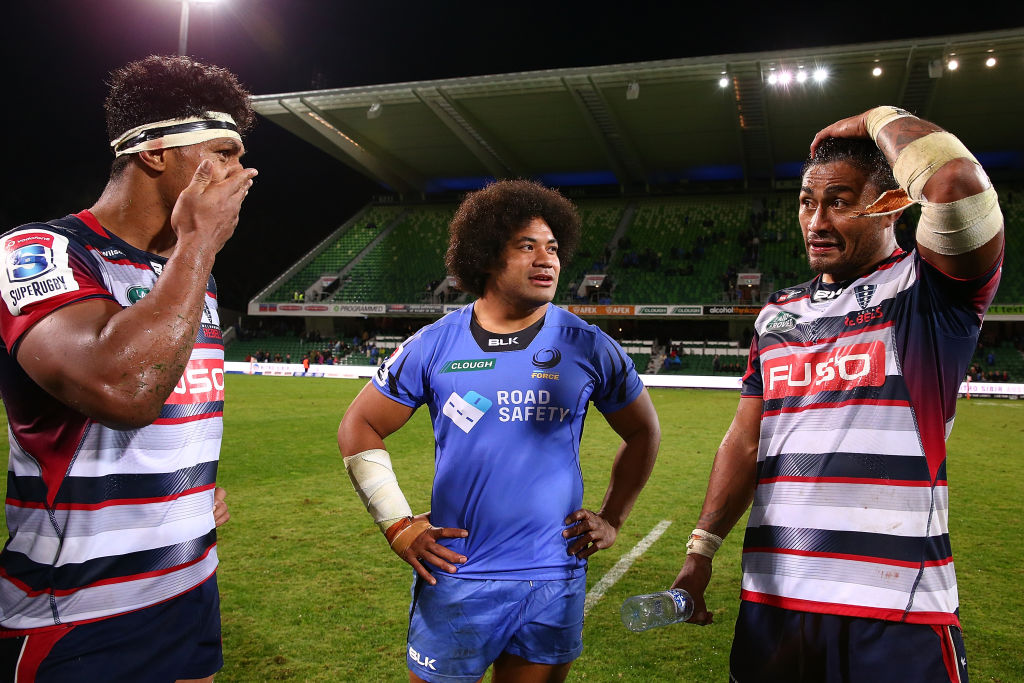 Tear up: Melbourne Rebels duo Lopeti Timani, left, and Amanaki Mafi, right, were involved in a brawl in Dunedin after losing to the Highlanders (Photo: Paul Kane/Getty Images)

First, it comes as no surprise to me that in two of three incidents, alcohol was involved. Consumed sensibly, a drink after a match plays an important role in the context of the sport and I would hate to see that change. The reality though is that Pacific Islanders have had access to alcohol for a much shorter period than our non-Pacific counterparts. Booze has only been readily available to two generations, so we haven’t built up the tolerance to its effects that people of say, European ancestry, have.

Add that to the fact many Pacific Islanders don’t start drinking till a comparatively older age, alcohol consumption, particularly in large quantities, can become problematic.

Religion is a strong influencer here and Pacific parents often frown upon their kids partaking in alcoholic activities. Children are a a reflection of their parents, and my father’s involvent with the church meant he would have killed me if he’d learned I’d had a beer before the age of 21 (here’s hoping this publication doesn’t reach him!). That’s fine, but that weight of expectation often leads to kids rebelling and taking it to the extreme.

When we do begin drinking openly, our etiquette is somewhat stunted compared to others our age, probably more in line with behaviours you’d expect of 17-18 year olds here in England.

Inhibitions are lowered, and actions that aren’t normally acceptable are mistakenly rationalised.

Pacific cultures centre upon respect. Around the house, young people are expected to be polite, do as they are told, no questions asked. An individual’s ‘feelings’ and always come secondary to the well being of the family and community. In western countries where individuality is celebrated and people are encouraged to speak their minds, for some players the confusion generated can be too much to handle.

A problem with being raised in a culture where physical force is normal, is that you need to possess a much stronger ability to control it. Particularly if you are an extremely powerful 18 stone professional athlete, trained specifically for combat situations.

But our Pacific cultures hold different views when it comes to the use of physicality – when it comes to parenting for instance. Many Islanders discipline their children using negative reinforcement rather than positive, as is the more common approach today in western society. In our communities, people still largely take the view that using physicality to guide a child’s behaviour shows that you love them.

The concept of being rewarded ‘pocket money’ for good behaviour is foreign to us. Sitting on the naughty step, sending kids to their room to think about their behaviour, being grounded, or having dessert taken away are not techniques that us Islanders are usually common with. Smack first, think about it later is how we grew up.

Coming back to the incidents above, the problem is three fold. Many of the qualities that Pacific Islanders are celebrated for on the field, have to be confined to that, the field of play. Rugby is a violent sport, but we play by the rules. That same discipline needs to be reflected in our private lives.

Mental resilience in the face of influencing factors such as alcohol, external frustrations and cultural misunderstanding needs to be encouraged off the field as much as they are on it. If clubs and unions are to see the best of out of their Pacific players then I encourage them to provide mental health support in these areas. The PRPW would be more than happy to help out but we need funding to do it.

Issues of frustration need to be dealt with early, before these flashpoints build up to the point where they explode and people get hurt.

Player welfare programmes need to incorporate strong drinking awareness and education aspects, with people’s backgrounds and personal experiences taken into account. My fear is that until the root causes are addressed, we are simply addressing the symptoms and waiting for the next episode to arise.

It is our position that the core issues affecting Pacific Rugby players across the globe will never be addressed fairly so long as the Pacific nations continue to hold a disproportionate influence on the World Rugby Council.

While the presence of Pacific Islands heritage players increases World Cup upon World Cup, our influence at the sport’s top table decreases.

So Samoa, Tonga and Fiji boast just one per cent COMBINED influence on the World Rugby Council.

Georgia, Romania and the USA – countries that have NEVER reached a World Cup quarter-final – hold more than two per cent influence EACH.

Japan, with two votes, boasts 12 TIMES the influence of Samoa. Yet Samoa provides more than 10 TIMES the amount of professional players to the world game.

Italy, ranked 14th – five places lower than Fiji and two below Tonga – have 7.1 per cent influence on the World Rugby Council – 20 TIMES that of Fiji and Tonga.

Yet, despite this growing influence on the world game: