Top Rugby Players of All Time

Posted on 8th August 2018 by admin in Featured 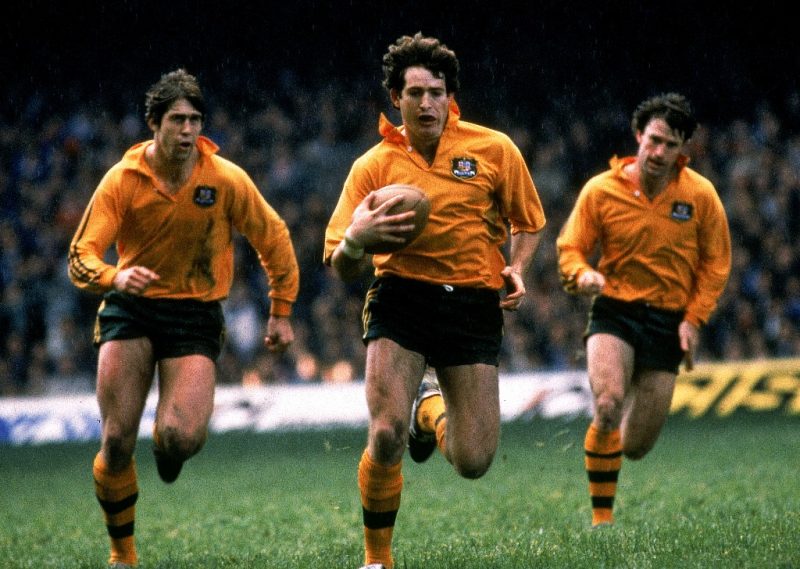 Rugby is a full-contact team sport played using an oval ball with 15 players on each team. The sport uses a combination of speed, strength, and strategy in order to move the ball into the opponents territory. It is an evolution of football that originated from England in the 19th century and is now becoming one of the fastest growing sports.

Rugby is not yet as popular as football, basketball, or baseball but there players who have stood out in this sport. It’s quite challenging to rank the greatest rugby players of all time. Ranking the best players isn’t just about their talent and skills while on the pitch. Other aspects should be include such as what they bring to the game and the team.

Here are the best professional rugby players of all time:

Jonah Lomu is the one who made rugby popular. The way he played during the 1995 World Cup brought a big impact that no other player could match in the history of the sport. His display of skill and feats got the attention of many people who have never been into rugby before. He was able to score seven tries in 1995 which included four tries that were made against England in the semis. He was so strong, quick, and powerful and he changed the way people saw and felt about rugby. He could singlehandedly take on four to five players and no one else could surpass that.

Martin Johnson was able to join the World Cup in 1995, 1999, and 2003 and was captain for the Lions for two tours including the triumphant 1997 trip to South Africa. He played intensely in the 2003 World Cup that lead to England’s win in Sydney. He was a formidable player, an inspirational leader, and was very competitive in any given situation. He was an indispensable player to England especially in the 2003 World Cup. His mere presence made the members of his team want to live up to his standards without him forcing them to do it.

David Campese played for the 1987, 1991, and 1995 World Cup. He played as a wing/full-back. He was a player who was ahead of his time. He was more fit, more talented, and more ambitious than the average rugby player during his time. He won the World Cup together with his teammates in 1991. He scored a total of six tries during the tournament and was even voted as player of the tournament. He had an extraordinary talent, definitely the best winger of all time in the history of rugby. He made great passes that no one could see and he took running lines that no one else could comprehend.

Richie McCaw is a legendary player in the history of rugby. He is the most influential rugby player who always played for New Zealand even if he got offers to play overseas. He was able to play in the 2003, 2007, 2011, and 2015 World Cup. He is an awesome talent and a monumental leader. He is a rugby genius. He is the greatest and most durable All Black player. He has great ball handling and running skills which he worked on over the years. He also has great leadership skills that makes him a total package. He secured a legendary status in the history of football and he continued breaking record after record.

Dan Carter played in the 2003, 2007, 2011, and 2015 World Cup. He is the greatest fly-half of New Zealand, the highest points scorer in the history of Test match, and the best No10 of all time. He is a masterful controller, a prolific goal-kicker, and a great runner which made him score the most points in rugby history with 1,598 points from 112 caps. He played an important role in guiding the All Blacks to victory in the 2015 World Cup and even won World Player of the Year award.

Brian O’Discroll is one of the most consistent yet one of the most feared rugby player. He has 141 Test caps placing him next to Richie McCaw. He plays as a balanced center with great abilities such as brilliant defensive skills, dazzling attacking skills, and good pace strength. He has won so many awards and trophies. He scored a hat-trick against France in 2000.