Posted on 29th June 2018 by admin in Featured, Features, My Life in Rugby 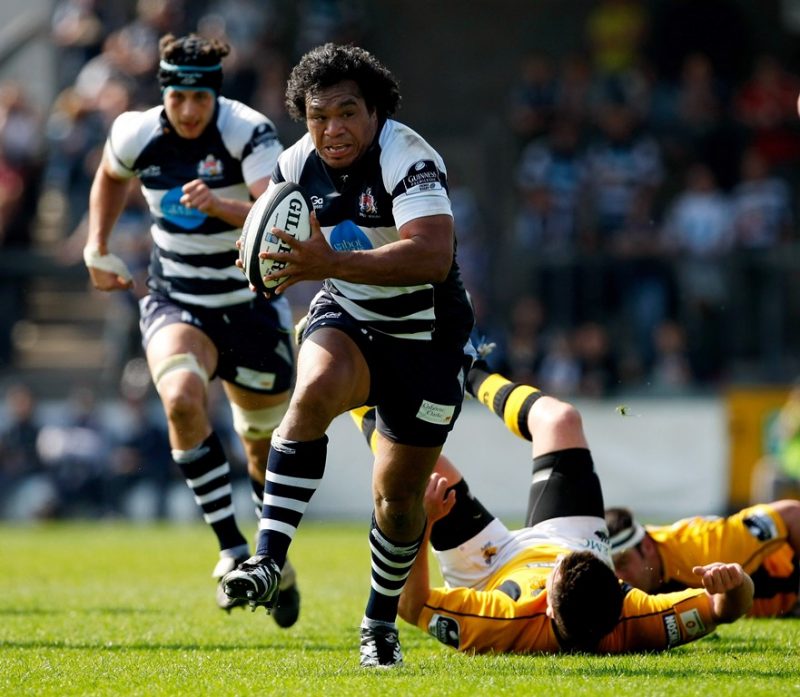 One of my earliest rugby memories was watching Western Samoa, captained by my Uncle Peter, beat Wales at the 1991 World Cup. At the time, we were the only Samoan family in that part of Wellington who had Sky TV and there were about 15 people packed into our living room to see the game at 1 in the morning.

As an impressionable 10-year-old, I’ll never forget the celebrations when we won; I’m surprised we didn’t wake the whole neighbourhood!

I was always reluctant to push myself forward to play for Samoa because I didn’t want people to think I’d only got in the squad because of my family name. In some ways, it’s something I do regret a bit, but I feel blessed to have had a hobby as a job for over a decade. Who knows, I might not have been good enough anyway.

Throughout my career I was always mindful that you need to make a life for yourself outside of rugby – advice I share with fellow Polynesian players in my role as a Player Relationship Manager for the Pacific Rugby Players’ (PRP) Association.

A match lasts only 80 minutes and there is a lot of time off in between so I used to shadow school teachers and coach at young offenders’ institutes and things like that. Today, I do one-to-one mentoring with kids who need some direction in life as well as coaching rugby at Warwick School.

My life took a different direction when I finally decided to leave the comfort zone of Wellington, where I’d played ITM Cup rugby, to visit my brother Mark in the UK. It was meant to be a holiday, but I ended up playing half a season alongside him in Cornish Pirates’ midfield. I grew up a lot in that time.

I was at the airport to fly home and I got a call from Exeter head coach Ian Bremner offering me a two-year deal. Mark and I signed at the same time. Exeter’s squad was full of wily old vets and there was a real sense of togetherness. They had the right people in place from the top to bottom and it was only a matter of time before they got to where they are today. I played over 100 games for the Chiefs and really enjoyed my four seasons there.

I was 27 when Bristol came in for me. I didn’t know whether the opportunity to play Premiership rugby would come around again so I decided to take a trip up the road. Unfortunately, we were relegated in my first year.

My Premiership debut, a big West Country derby against Bath, didn’t go exactly to plan either as I tore my hamstring in the warm-up. I kept quiet and limped through the first half. When they did the scan the next day they were amazed I’d even played that long, the tear was that big. Despite relegation and missing out on promotion, I really enjoyed my time at Bristol too.

Stepping out of the sheltered life in Devon and experiencing life in a big city was good for me; it opened my eyes. But with a young family now in tow, I decided to move back to where it all started and re-sign for the Pirates. It was great to meet up with old faces and be back near the sea, but I’d forgotten how the long bus trips were!

After that, retirement beckoned until Chinnor made me a good offer as player/ coach. My wife fancied living closer to London after being stuck down in the West Country and the club had a good infrastructure so I decided to give it a go, even though I didn’t really know where it was.

I’m glad I did. When I arrived the club had just avoided relegation from National 2 South. We managed to consolidate over the next three years and the club won promotion to National One the year after I left. It is great to see them doing well.