Home / Features / Columnists / Probyn column: If this is how pros run our game, give me amateurs

Probyn column: If this is how pros run our game, give me amateurs 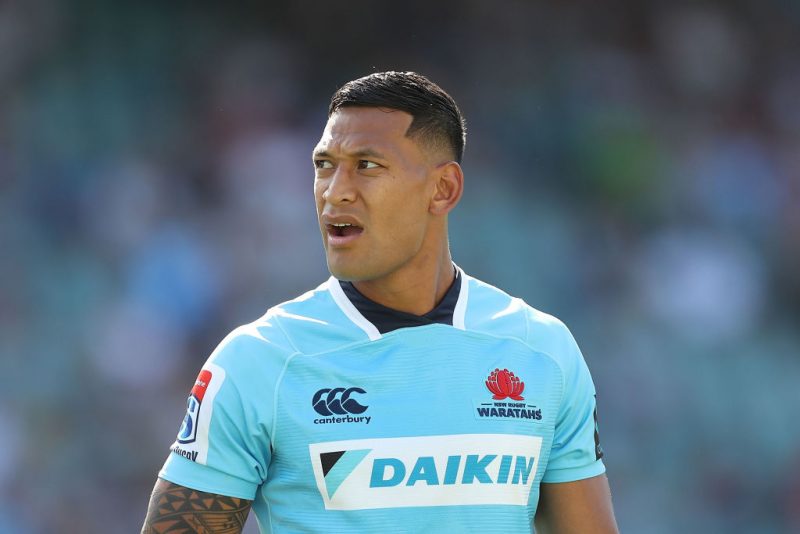 Over the last few weeks I have been wondering what is happening to the professional game of rugby with virtually every element of the sport acting in an unprofessional way.

We have had ‘professional’ players accusing each other of all sorts of things and broadcasting to the world via social media what their thoughts are; the Unions flagellating themselves over comments that might or might not have been made and the governing body of the sport sitting on their hands as their premier competition is damaged by accusations of match fixing by one of their subordinate bodies, European rugby.

The actions of players that either support or are unsupportive of comments made about gay people have reached a level where they reflect personal opinions, and while it is acceptable for most people to express a personal view, what should have become obvious over the last few years is the fact that, in the professional sport of rugby, it is seen as highly unprofessional.

What has surprised me is the total lack of action by the IRPA (International Rugby Players Association) who I would have expected to react quickly to what is a damaging ‘tit for tat’ row that is in danger of getting out of hand and could cause sponsors to pull out, thereby endangering the careers of their members.

Part of any player association’s role must include education. This should include teaching young players (who may not have experience of life outside  rugby) the repercussions that social media can have, not just on their playing careers but also future career prospects when their rugby playing days are over.

While projects like the RPA’s Restart Rugby aim is to provide players a job option outside the game, little seems to have been done to educate them on the damage that a misplaced tweet or facebook post can do to prospects of any hopeful applicant.

Many leading companies look at a person’s online profile when assessing if they are the ‘right person’ for the job, some I fear may have done their future prospect serious harm.

At the same time, we have had the professional major Unions of the game desperately trying not to offend anybody but, instead, offending everybody.

Whether it be the RFU’s over-zealous pursuit of Denny Solomona or the ARU’s apparent failure to punish Israel Folau for his religious beliefs,  both have failed to manage to capture the public mood.

I understand the difficulty the Unions face as everything the players say or do can, and does, get taken out of context and hits the headlines creating a media storm, damaging the attractiveness of the sport for the all-important sponsors. As a result, Unions tend to either overreact or do nothing, either way they end up looking anything but professional.

Meanwhile World Rugby, the global governing body of the sport, have failed to act as their premier asset has been tarnished with accusations of match fixing by one of their regional committees.

The World Cup qualifier between Belgium and Spain has been mired in controversy over a game Spain were expected to win easily, which had Romanian officials appointed by the Romanian head of European Rugby – the country that just happened to qualify automatically for next year’s World cup if Spain lost the game, which they did.

What makes this even more of a farce is the fact that the Spanish requested European Rugby appoint different match officials long before the game was played. It was their belief that there was a possible conflict of interest for Romanian referee Vlad Iordăchescu, but they were refused by European Rugby.

During the game, Iordăchescu made a series of decisions that incensed a number of Spanish players, who at the end of the game challenged the referee to justify his decisions which cost them the game.

As a result, the Spanish team have ended up with a combined 121 week ban for five of their players.

While I agree that referees should never be abused, either physically or verbally, it should have been obvious to even the most neutral of supporters or officials that a possible conflict of interest may have  occurred.

What made matters worse, was that assistant referee Marius van der Westhuizen was replaced by World Rugby from the final game of the Six Nations, a game of far less importance than a World cup qualifier, just because he attended an England training session to help the England team to fully understand the rules of the break down.

World Rugby have chosen not to sanction European Rugby and have allowed the result to stand and have instead launched an investigation into the eligibility of all the players in the Belgium, Spanish and Romanian teams.

Their unspoken hope is they can ban the Belgium, Spanish and Romanian teams for fielding ineligible players, allowing Russia to qualify instead.

If this mess is how a professional sport is supposed to be run, give me the amateur game any day.

I have just read the Professional Game Action Plan which is outlined in the RFU’s Touchline magazine.

Nigel Melville, the RFU’s director of professional rugby,  outlines the aims of the plan where he says, “we have a responsibility to look at all elements of the game and try and take evidence-based data to agree with PRL and RPA the basis on which this action plans is built.

“All decisions are taken with the long term interests of the game clearly in mind and player welfare absolutely central in that regard.”

And yet the biggest element of the game with the most players at risk are the clubs outside the professional elite, and they have not been consulted at all.