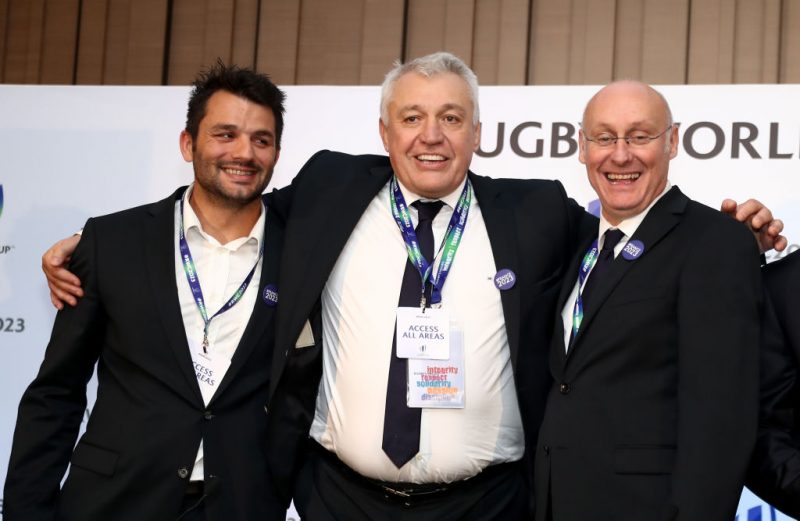 THE international administration of Rugby Union was left embarrassed and in abject disarray on Wednesday in London when the nightmare scenario materialised of one arm of World Rugby, its governing body, voting against the recommendation of the other arm.

The horror show unfolded when the World Rugby Council – which had given its approval for a “fair and transparent” audit which had recommended South Africa as a “clear leader” two weeks earlier – torpedoed its own paid officials by awarding the 2023 World Cup to France.

The 39-man Council voted overwhelmingly for France in the decisive second round in which they beat South Africa by 24 to 15. That had been preceded by a first round in which Ireland were eliminated after securing eight votes – including the backing of England– compared to South Africa’s 13, and France’s 18.

The decision was a massive slap in the face not only for the authority of World Rugby chairman Bill Beaumont, as well as its vice-chairman Agustin Pichot, and chief executive Brett Gosper, but also potentially a disastrous one for this sport.

By voting against the findings of the 139 page document, produced by internal and external experts, the World Rugby Council gave short shrift to attempts by its Rugby World Cup board to put in place a transparent bid process to replace the horse-trading that has sullied the process until now.

Instead, they replaced it with the worst sort of sleazy smoke-filled-room subterfuge as France and Ireland, the two disappointed bid nations, went into a frenzy of lobbying in order to win Wednesday’s secret ballot.

Rather than rubber-stamping the recommendation to award the tournament six years from now to South Africa, the process was reduced to a farce. The game reverted to the bad old days in which backing was ‘bought’ with clandestine promises of future favours rather than given through the open conviction that one bid would further the future health of the sport more than another.

However, perhaps more than anything, the lobbying proved that money talks loudest – and that in the increasingly animated Bernard Laporte, France had its very own Gallic version of the old Harry Enfield “Loadsamoney” character.

It was the FFR President’s manic drive – as well as his knowledge of political infighting gained during his stint as France’s Sports Minister in Nicolas Sarkozy’s government – that appears to have seen the French overhaul the shellshocked South Africans and leave the Irish languishing in third place.

Laporte lived up to his nickname of “Mad Bernie” (Bernie Le Dingue) as he trashed the RWC board’s South African recommendation as “nonsense”, as well as “flawed and misguided with blatant errors” which reflected “incompetence”.

When Laporte followed that up by flashing the cash, pledging that France – who started their bid with a £150 million guarantee to the RWC board – would deliver £65-80 million more than the South Africans or Irish into the collective coffers, the bonanza was too much for many of the delegates to resist.

The French win was underpinned by votes from Scotland, Italy – and England in the second round – as well as the majority of the six regional associations (Europe, Africa, Asia, Americas North, Sudamerica, Oceania), and probably Romania.

Time will tell whether France delivers on its financial promises, as well as whether it was the right decision for the future of the game. While no one would take issue with France having the resources to host a World Cup successfully, what is at stake is the diminishing health of the sport in South Africa – traditionally the most successful rugby nation outside New Zealand.

South African rugby is beset with potentially crippling issues, ranging from an elite player exodus, a struggling economy, and a distinct lack of support among the big political movers and shakers in the ANC government. The 1995 World Cup was an historic watershed for South Africa, and it desperately needed the timely boost of another unifying force, which the 2023 Rugby World Cup could have been.

By comparison France is already in clover, having had the benefit of not only hosting the tournament in 2007, but also being awarded the Olympics in Paris in 2024.

In terms of political interference in rugby matters, the role of Theresa May’s Conservative government in lobbying for the RFU to support the Irish bid was also deeply unwelcome – especially as awkward Brexit negotiations over the Irish border were the main reason for it.

The RFU should have voted for the best host nation for rugby reasons without fear, favour, or needing to curry favour with politicians, and their failure to support Beaumont – a recent RFU chairman – in backing South Africa suggests a significant split in England’s administrative ranks.

Beaumont said this weekend that he has no intention of resigning as World Rugby chairman, but there is a strong sense that the fall-out from this administrative fiasco has not finished yet.