Harlequins ladies warn rivals: We’re only going to get better

Posted on 14th September 2017 by Nick Verdier in Featured, Premiership 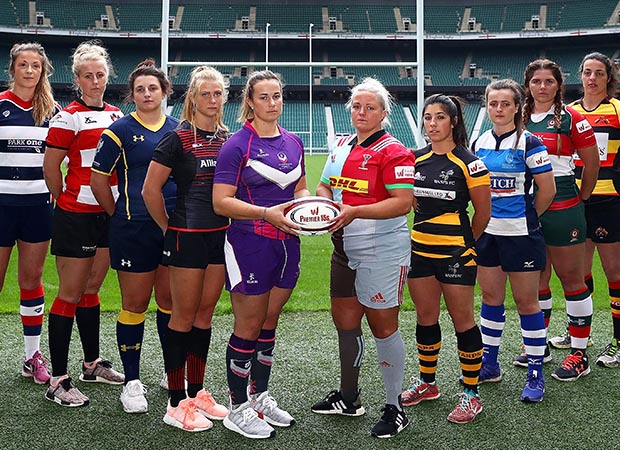 Harlequins surpassed all expectations last season, but head coach Karen Findlay has warned the rest of their Premier 15s rivals that 2017 was just year one of a five-year masterplan.

Harlequins joined forces with Premiership strugglers Aylesford Bulls last season and, playing under the Aylesford banner, won ten of their 14 games and went on to beat Lichfield and Bristol to take the title.

That achievement turned into an incredible double as they added the Cup.

This season they will play under the Harlequins name and former Richmond coach Findlay has huge ambitions ahead of the inaugural Premier 15s season.

“Last season was just step one in our five-year program by the end of which we want to be the best women’s team in Europe,” she told The Rugby Paper.

“We achieved way beyond what we thought was possible in our first season. I keep banging on about it to the players that our challenge is sustainable success and we’re striving to maintain that level of performance for many years to come.

“It would be brilliant to one day have a competition against the French and Welsh teams to mirror the men’s Champions Cup.

“The new league will create a better level of competition and I expect a lot of teams to improve.

“It will take a teething period but once we all settle in I have no doubt it will be a brilliant competition.”

A former Scotland international with 79 caps, Findlay has devoted her life to the game and reckons wages are now the big difference between the men’s and women’s game.

She added: “We have to make sure the Premier 15s has all the infrastructure in place to be sustainable before we start thinking about paying players. But I’m sure it’ll come soon enough.

“It’s such an exciting time for women’s rugby and I’m delighted to be part of it. My dream before I leave women’s rugby is to see Harlequins play in front of a packed crowd at the Stoop with four-year-old girls watching their heros and knowing being a professional rugby player is possible for every young girl in the country.

“As of now we’re professional with a little ‘p’. Everything we do on and off the pitch is what every male professional rugby player would do.

“For the players to actually be paid is what’s missing for us to be professional with a capital ‘P’.

“It’s a new venture for Harlequins as a club but they’ve been very supportive and we’re working towards ensuring parity between the men’s and women’s team.

“I saw a promotion billboard where our captain Rachael Burford was next to Mike Brown and that was just amazing.

“We’ll play our home games at the Surrey Sports Park (Guildford) at first but we’re looking to move some to the Stoop towards the end of the season.”