Posted on 13th September 2017 by Nick Verdier in Featured 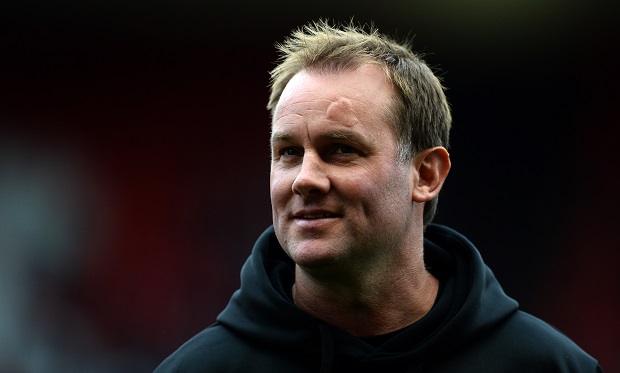 How did pre-season go?

We came back earlier than we normally do but we had to given the step up to the Championship. We had three pre-season games so I hope we’re in the best shape we can be.

You need time to prepare for the level we’re stepping up to. We had some players coming in too so we needed time for everyone to get up to speed together.

Can you survive in the Championship?

I hope so! We worked really hard to get where we are so I really hope we can reward everyone who’s been part of the journey by being competitive in the Championship.

Is that the highest level the club has ever been?

It is. When I joined eight years ago we just got promoted in National Two. Two promotions later and we’re in the Championship. It’s probably not going to be the case this season but we always improved on our finish from one season to the other.

Will you chase the Premiership one day?

I don’t think so. Our main aim is to develop young players through our system to then move on to the Premiership whether that’s with Gloucester, Bristol, Bath or Worcester – the four clubs we have close links with.

How many former Hartpury players play in the top leagues now?

I don’t have an exact figure but I think we’re getting close to 100 players in Premiership squads and their academies.

Any dual-registered players joining you this season?

We’re expecting to have six or seven of them. All of them will be former students and we’re very keen on that because they have an attachment to the club. Sometimes youngsters don’t give it their all while on loan but that’s not the case for us.

Back to the Championship season, easy start with Bristol away?

It’s a big challenge and there’ll be a lot of us having crossed over between the two clubs including myself. There’s no pressure on us given Bristol’s status so the boys are really looking forward to it.

It was exceptional and I don’t think it’ll happen. But that was last season and, as nice an achievement it was, we have to move on. We had to put it behind us to prepare for what’s coming.

Can you make it 31 league wins on the bounce?

I don’t know about that! There are certainly a lot of guys who are used to winning so we’ll see how things pan out in the next few weeks.

Not at all. We played Worcester and Gloucester in pre-season and lost. You can’t be afraid of losing because you tend to learn a lot about yourself when you lose. We lost to Ealing in pre-season last season and we know what happened after that.

Will you be able to play your expansive game this season?

Hartpury is born and bred on attacking rugby and that’s what we’re going to do this season even if we know the step up in physicality. We might come unstuck some weekends but we won’t step away from it.

Expecting teams to try to squeeze you out?

I’m sure other teams will have tactics to stop us like they do for every other team in the league. We’re probably going to be the smallest team in the Championship but that was the case last season too. We’ll have to find a way to get our game in place.

Will survival determine whether you had a good season or not?

We’ll be looking to be competitive and play our rugby. If that’s enough to stay up then so be it. We haven’t set out a target in terms of position. Our challenge is to see if our youngsters can make the step up at this level.

How many teams do you oversee?

If not rugby, what would you be doing?

I have no idea but something to do with sports.

I’ve got a sweet tooth. I have three sugars in my coffee!

Worst would have to be Luke Stratford, best head coach Mark Cornwell.

Harry Cochrane is the worst while Steve Leonard is the best.