Posted on 26th May 2017 by admin in Featured, Summer Tours 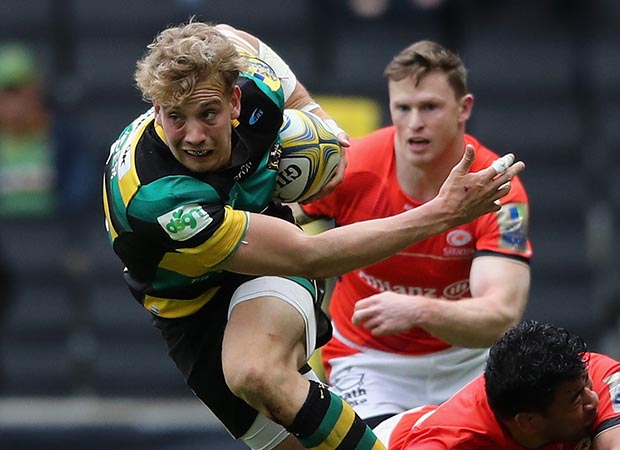 Harry Mallinder is hoping for another summer where he feels on top of the world after what he admits has been “a mixed season.”

Having led England to U20 Championship glory in Manchester last June, the Northampton Saints star will shortly head off to Argentina after graduating to the senior international ranks.

But it has not been all plain sailing in between times, with the ankle injury he suffered in November – and Saints’ inconsistent form – bringing him back down to earth after the euphoria of winning the Junior World Cup in his hometown of Manchester.

“It’s been a mixed season in terms of what’s gone on,” he said. “After coming back to the club from the summer on such a high, I really wanted the momentum to continue onto the season, but I suppose it was only natural that things would slow down at some stage.

“Unfortunately the injury occurred and I needed surgery – my fifth or sixth major operation in three years as a professional – and that kept me out for a while.

“Since I’ve come back though, I’ve been really pleased with how I’ve got back into the swing of things with the team and the fact I’ve been playing regularly.”

His father Jim has been sharing his experiences of playing there with England two decades ago – he won both of his two caps against Los Pumas – and Mallinder junior cannot wait to see what Argentina is all about.

“To get the opportunity to go to Argentina with a young and exciting England squad is something I am looking forward to,” he said.

“It’s a bit of a coincidence that my dad made his debut there, and hopefully I can do the same. He says it is a good place to go to on tour and I can’t wait.

“The crowd are right on top of you, he tells me, and they’re very passionate people.

“We’ve got an Argentinean in our squad, Juan Pablo Estelles, and we are quite close and it has been interesting chatting to him about the places where we’ll be playing, Sante Fe and San Juan, and the culture and the stuff like that.”

Meanwhile, Mallinder has backed England U20s to successfully defend their World Rugby U20 Championship title in Georgia, from 31 May to 18 June.

“They look a very good group; I don’t see any reason why they can’t back up what they did in the Six Nations and what we did the previous summer.”