Posted on 9th December 2016 by admin in British and Irish Lions Tour, Featured 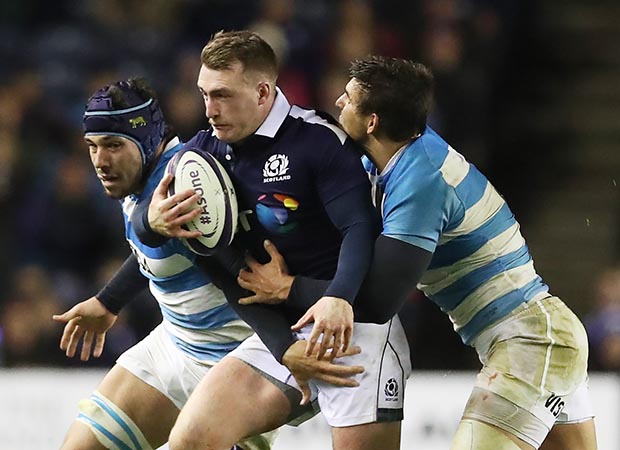 Full-back Stuart Hogg is leading a charge that could see eight top Scots push for places on next summer’s Lions tour to New Zealand, according to former Scotland scrum-half Bryan Redpath.

Hogg’s outstanding form has helped Scotland achieve the third best winning record among leading rugby nations in 2016, with six victories in ten games putting them ahead of Ireland, Wales, Australia, France, Argentina and South Africa in the calendar year rankings.

Scotland legend Redpath told The Rugby Paper: “Stuart Hogg has to be right up there now and I don’t think anybody, not even Mike Brown, has been as consistent. He’s probably been the most impressive full-back in Europe and he’s different to Brown.

“While Brown’s very elusive and always seems to break a tackle, Stuart’s top end speed is probably better and he’s more of a stepper who beats people with his feet. He’s very strong there, left foot, right foot, and is a very good kicker and defender as well.

“Stuart will be at the forefront of Warren Gatland’s thinking for the full-back slot and I think Jonny Gray has to be in the mix as well, no question. He’s one of the most improved players in Europe and his work ethic and core game is of a very high standard.

“Tommy Seymour’s got his nose to the line and has a great work ethic as well. He’s one of those wingers who has the knack of picking up on things so he’s got a good chance.”

Among Scottish outsiders, Redpath believes scrum-half Laidlaw’s growing authority as captain make him a viable candidate to be part of Gatland’s touring party.

He explained: “Greig’s goal-kicking is very good and his game-understanding is exceptional. His ability to stay in the game and never look flustered or tired means his fitness levels are very high and he makes teams function, whether it’s Scotland or Gloucester.

“At any level that’s a great attribute to have and while he might not have the brilliance of a Ben Youngs in terms of ‘show and go’, he’ll be consistent over 80 minutes and offers an option at 10, which will be a great asset to a Lions squad in New Zealand.