Posted on 18th November 2016 by admin in Autumn Internationals, Featured 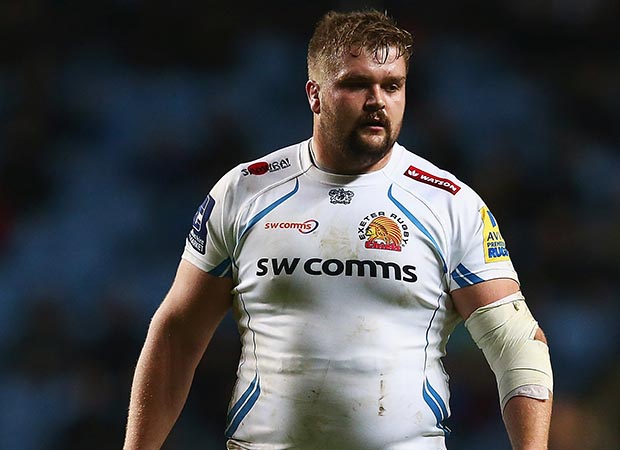 Tomas Francis insists he is no bad boy and reckons he was the victim of a trial by social media.

The Exeter and Wales prop has twice been banned this year.

He was suspended for eight weeks after making contact with the eye of England prop Dan Cole in the Six Nations and kicked off this season with another two-week suspension for striking Danny Care with his leg.

Francis, 24, told TRP: “On paper I probably look a dirty player because of the bans but for me, they were both very innocuous incidents.

“If you slow down the replay that much of any ruck in any game, you will find a foul. It’s a contact sport after all.

“But the bans have made me think about how I come into a ruck. I just have to find another way of being confrontational.”

However, it was the nature of the first incident that still rankles Francis after the incident was highlighted on TV during the Six Nations clash at Twickenham.

His sense of injustice at the length of the ban was only made worse when All Black Owen Franks somehow escaped punishment for an arguably worse offence against Australia in August.

Francis, right, said: “I was really disappointed because it just felt like trial by TV. The TV producers decided to keep showing it over and over again in slow motion and it got picked up on social media. It gave the match officials no option because they had to be seen to do something.

“I don’t think TV and fans should have that influence, it should just be down to the match officials.

“For the second incident (involving Care) I was made an example because referees had just been told at the start of the season to clamp down on people coming into rucks and I was the first.

“Rob Baxter was great. He knows my character and backed me, but two bans in a short period is not good.”

Francis may have had Baxter’s support but has slipped behind Greg Holmes and Harry Williams in the Chiefs pecking order. But he aims to use the autumn series with Wales to prove a point.

He said: “I used the ban to catch up with the pre-season I missed after being with Wales in New Zealand, so I feel in great condition. Hopefully, playing on the Test stage is the best place to show that.”