Captain Jack Lam vows to get mean in bid for survival

Posted on 23rd August 2016 by admin in Featured, Premiership 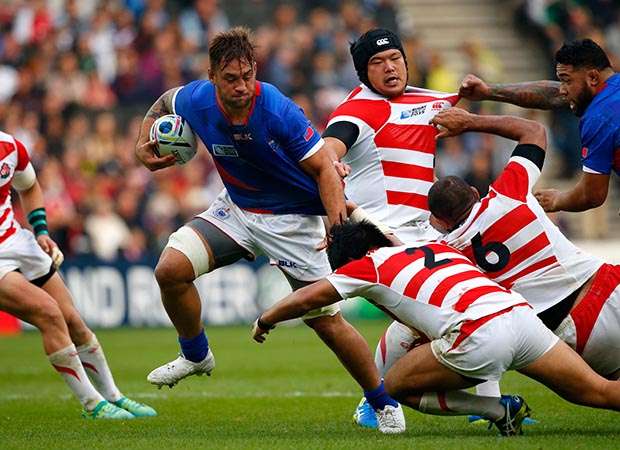 Rock solid new Bristol captain Jack Lam wants his side to get mean in their defence this season to avoid becoming one-hit wonders in the Premiership.

After seven years outside the top-flight, Bristol are desperate to re-establish themselves among the elite and push towards silverware.

However, defence proved an Achilles heel in the Championship last season, with 55 tries conceded in 22 regular season games.

Summer coaching changes saw Sean Holley leave the club and with former Wales star Jonathan Thomas now drilling the defence, Lam told The Rugby Paper: “We’ve gone back to the drawing board and defence is one of our main focuses.

“Defence is a massive key and if you look at the Premiership, the teams that defend well often win the tight games. Perhaps we didn’t focus on that as much in the Championship and it cost us at times, but there’s a lot more emphasis on it now.

“Jonathan Thomas has come in and he’s been massive so far. He wants us to have a mean defence and he’s been unreal with some of his ideas.

“He’s played at the highest level with Wales and won Six Nations Grand Slams, so he’s got all that experience of winning which he’s passing on to us. He’s open to lots of feedback, which has been good, so I’m confident our defence will be sound.”

Lam turned his back on the Hurricanes two year ago to help Bristol in their quest to join the superpowers of European rugby.

His old Wellington-based side have become Super Rugby champions in the meantime, but Lam insists he has no regrets.

“Definitely not,” he said. “I’m pleased for my mates but I’d done what I wanted in New Zealand and Super Rugby and needed to do something else in my career.

“I still keep in touch with a lot of those boys and winning the Super Rugby title was fantastic for them, but being at Bristol has been awesome.

“I can honestly say that when I joined I didn’t realise how big Bristol was. The fanbase is fantastic and in that respect it’s been overwhelming.

“That’s one of the main reasons I wanted to stay here last season and I’m settled now. So, no, there are no regrets over leaving the Hurricanes.”

Promotion in May heralded joyous scenes, with 16,000 Bristolians on hand against Doncaster to emphasise the size of the club’s latent support. But Lam, 28, knows the hard work will count for nothing if they go straight back down.

The Samoan flanker said: “I couldn’t have been more proud of Bristol after we got promoted and we enjoyed the moment for a good week or so, but after a couple of weeks away we all came back fully refocused and not a lot needed saying.

“We’ve not got the experience of other Premiership sides so we’re a bit behind the eight-ball there, but with us being out of the top-flight for so long this is where the boys want to be now and I think we’re going to make a few inroads in it.

“We’ve definitely made some good signings, guys with Premiership experience like Jordan Crane, Soane Tonga’uiha and Jon Fisher. They’ve all settled in seamlessly and they’ve bought into our team culture and what Bristol’s all about.”

By his own admission, Lam is not the most vocal person in Bristol’s squad, so his appointment as captain may be deemed a surprise.

However, he added: “The boys know I’m not one for saying a lot and I tend to keep my head down, but I try to lead by example on the field.

“Being part of Bristol is a huge honour in itself, so to be made captain is very special and I feel I’ve got the right people around to help me.

“David Lemi has been an awesome captain over the last couple of years and I’ve still got him to tap into, while other boys will help as well.

“It’s a new challenge but one I’m looking forward to. Bristol means so much to me and my family now and I can’t wait to get out there.”