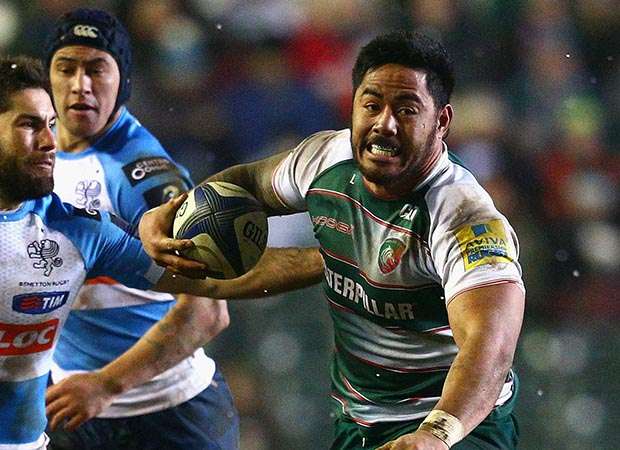 Farrell and Joseph did little wrong in England’s opening Six Nations victories over Scotland and Italy, but with Tuilagi and Slade now well on the road to recovery from respective groin and leg injuries, Allen believes their time is approaching.

He told The Rugby Paper: “It’s great to see Manu back for Leicester, and England have got to have him in there some time in the near future.

“England played well against Italy, but how good was Jonathan Joseph really? If you analyse his performance in the first half, he slipped off a few tackles and breakdowns.

“It’s going to be tough for Manu to get back in, but in my opinion you’ve got to have him for the big games where you need that big ball carrier.

“It’s entirely down to the England coaches but if you put him in situations where he can do well for you, he’ll break the line, tackle and then you’ll have people outside him like Ford, Farrell and Slade who can do the kicking and passing.

“Farrell went well at 12 and tackles well. He gets the line going forward and is a good second ball player, but in the longer-term I can see Henry at 12 with Manu at 13. I’d love to see that combo, with Ford and Farrell interchanging at 10.”

England have failed to find a settled midfield since Will Greenwood and Mike Tindall were in their pomp 13 years ago, but Allen believes Red Rose boss Eddie Jones must give Tuilagi and Exeter star Slade their heads – and then show faith.

He added: “Henry’s a player I admire enormously. He can tackle, he’s got great vision and if you put him with Manu you’ve got to stick with it in order to get the consistency.

“People need to know they’ve got the backing of their coaches and they need to build those midfield combinations over a number of years.

“When I partnered Manu at Leicester we had our off days, but we had the backing, put things right and it was never an issue.

“England will need to wear the odd defeat as well because you probably learn more from that, but you need to get that combo going.”

Allen, meanwhile, is in the foothills of a new coaching career within the Leicester’s academy after injury forced his retirement last season.

At 29, he has high ambitions, saying: “It was hard to retire but this has been a natural progression and Tigers have been very supportive. I need a few seasons learning at the bottom end of the club and then hopefully I can push on.

“I want to stay at Leicester, but if I can’t I’ll ply my trade elsewhere and try to come back in future. I would  be open to working in the Championship or National one, but I just want to learn and make the best decisions I can.”