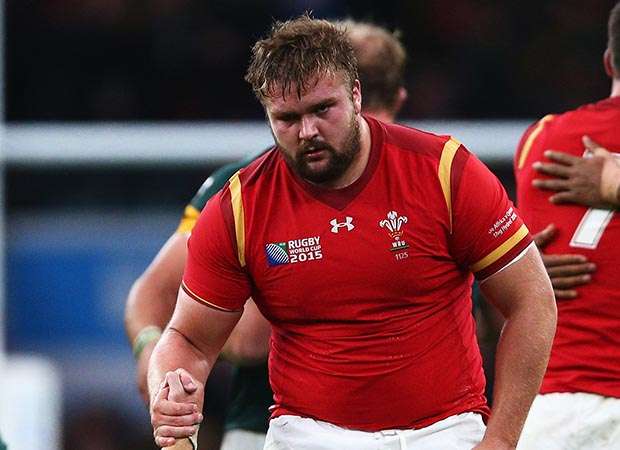 Tomas Francis is desperate to be part of a curious Wales hat-trick in the Six Nations.

The Exeter prop was handed his break in Test rugby last summer by Warren Gatland, propelled from Premiership rookie to a World Cup starter in a matter of months.

Now he has his sights set on a Six Nations debut when Gatland names his squad next week. And recent history suggests this is a good one to be part of.

Wales have claimed a Grand Slam after each of the last two World Cups, in 2008 and 2012. And with players returning from injury, hopes are high of making it three in a row.

“I’ve never played in the Six Nations and after having a taste of Test rugby at the World Cup, I just want more,” Francis, 23, told TRP.

“I feel a lot more confident in myself now but I can’t take anything for granted. Right now I’m just trying to do my job for Exeter and hopefully Warren likes what he sees.

“Robin McBryde (Wales forwards coach) has been in regular contact with the club and (Wales nutritionist) Jon Williams is always in touch to make sure I don’t slip into my old ways. Jon also keeps telling me Wales do well after the World Cup after the recent Grand Slams.

“After some of the performances at the World Cup and with guys coming back from injury, there should be plenty of confidence for the Six Nations.”

Wales’ diet boss has little to worry about as Francis is getting little time off to snack.

But while the prop may now be a far trimmer version of the heaviest player in the Premiership last season, he reckons he is   twice the player.

“I’m feeling great. I didn’t get much rest straight after the World Cup but I’ve had a rest since and now I’m back playing plenty of rugby, which is great,” said Francis.

“The whole World Cup experience only really sank in when I went back to my parents. They had made a photobook and my jersey and cap were framed.

“It is still surreal to go from London Scottish to the World Cup and now second in the Premiership in the space of 18 months.

“Last year I was a rookie who just thought about my job. Now I speak up a bit more and hopefully can back it up with my performances.”