Posted on 13th January 2016 by admin in Featured, Premiership 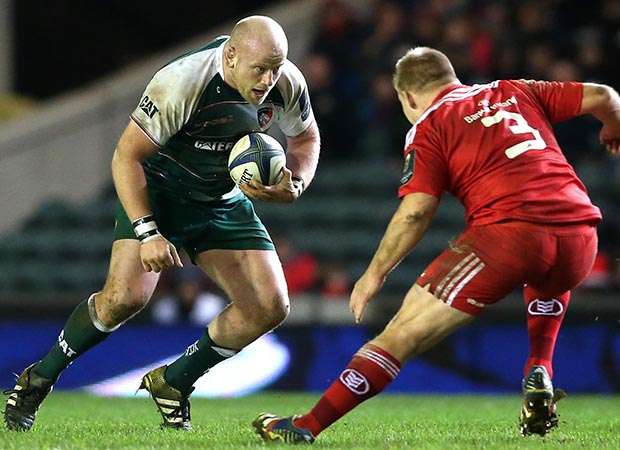 Dan Cole will beat the scrum cheats and prove he remains one of the world’s premier tightheads during the Six Nations, according to Leicester colleague Marcos Ayerza.

Cole, who has 56 England and three Lions caps to his name, endured a torrid World Cup as the much-vaunted Red Rose pack was made to look ordinary by Fiji, Wales and Australia.

However, Argentina hero Ayerza, below, believes Cole and his fellow forwards became the victims of underhand tactics by opponents who had no interest in a fair scrum contest.

Ayerza told The Rugby Paper: “It’s harsh to criticise Dan Cole or any of the England forwards. You have to take each game individually and it’s hard to play against teams that study ways to get around the laws and do things that are illegal at scrums and mauls.

“It’s really been tough on Coley because at the moment he’s one of the best and most honest scrummagers out there. Maybe he’s too honest towards the scrum at times and teams are trying to walk around and do other little things to disrupt him.

“He wants to test himself and be better through scrumming straight and I always rate props because of their attitude towards that area of the scrum. You have to earn the right to go forward and Coley is always positive when it comes towards the scrum.

“Leaving the World Cup behind now and some of the bad calls he got against him, I think he will only come back better – and that will be reflected in the Six Nations.”

While Ayerza has no issues with a Saracens pack who he accepts outgunned the Tigers last weekend, the 66-cap Puma is concerned that too few Premiership sides want a fair contest.

He explained: “The scrum is improving and teams are learning, but some teams still try to get away with bad habits through doing X, Y and Z.

“I love teams that embrace the scrum and it’s happy days when you play against a side that wants a proper battle, but some teams walk around and don’t want to scrum which makes it very hard for referees. All we can try to do is be better.”

Ayerza, 33 on Tuesday, is now in his tenth season at Welford Road and, having signed a long-term contract in 2014, wants to end his career there.

He said: “I was very naive when I first came here but I soon got involved with the supporters and understood the history and traditions. I love this club, I’m very happy here and it’s like a family to me, so I want to stay as long as I can.”

Last week’s 26-6 loss at Saracens was a setback, but Ayerza adds: “We were bleeding a bit after that game and they won the psychological battle around the scrum and maul, but we pride ourselves on our forward pack and will put it right.

“We have a good squad and the team is gelling well. There’s a lot more to come from this Leicester team and I’m pretty confident we can achieve good things this season. I’ve got four Premiership titles and I want to make it five.”