Home / Featured / Chris Robshaw’s ‘great strengths should not be jettisoned’

Chris Robshaw’s ‘great strengths should not be jettisoned’

Posted on 26th November 2015 by admin in Featured, Premiership 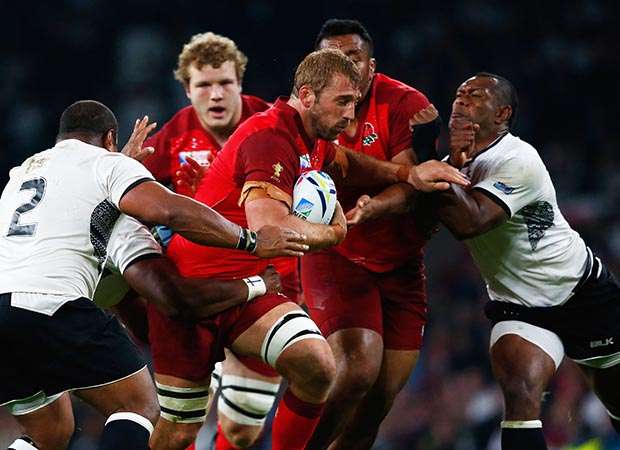 England’s new head coach has been warned to think long and hard before ditching Chris Robshaw as either captain or openside flanker.

Robshaw, who last week signed a new long-term deal at Harlequins, has been heavily criticised in the wake of England’s World Cup disaster.

However, Quins forwards guru John Kingston reckons the 29-year-old can still play a part for his country to the 2019 World Cup in Japan.

“People don’t do their homework on Chris particularly well,” Kingston told The Rugby Paper. “There’s all sorts of nonsense about whether he wears six or seven, but he’ll play left or right off the scrum and is exceptional at lineouts.

“I understand what people mean in terms of your openside’s first responsibility is to free up the ball as quick as you can and slow the opposition’s ball down or turn it over, but, respectfully, people have got such short memories.

“England went to New Zealand last year and people were openly accepting that Chris Robshaw had got the edge over Richie McCaw.

“I understand certain players have a string to their bow in terms of a scavenging role, but Chris does plenty more stuff beyond that.

“He’s a ball-carrier, a lineout option, a restart taker, a tackler and an influential leader. He does an awful lot and he’s his own man.

“He’s not your stereotype openside, but he’s a wonderful rugby player who has many strengths that England should not ignore.

“You don’t become a bad player overnight and he’s plenty young enough to be around for the next World Cup in four years’ time.”

Kingston also believes Quins wing Marland Yarde is ready for another shot with England after sparkling so far this season.

He added: “I know how hard Marland took being left out by England, but look back a year-and-a-half ago and he starred against New Zealand.

“I spoke to the Kiwi coaches after that and they couldn’t believe Marland wasn’t involved in last year’s November internationals.

“You get these knock-backs physically and mentally, but he’s a powerful boy who wants to succeed and he’s playing really well.”