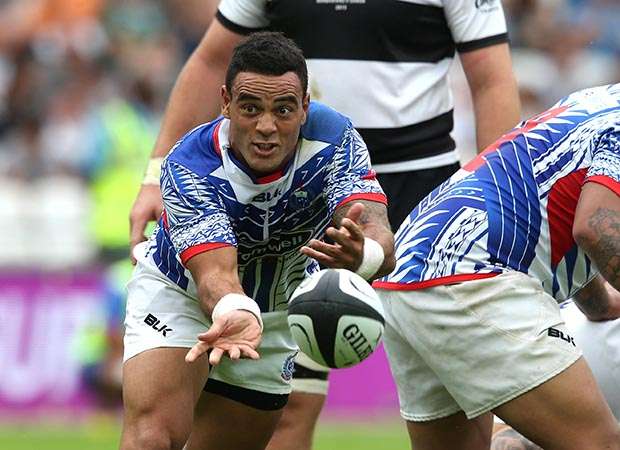 Kahn Fotuali’i has described the possibility of Samoa failing to qualify for the next World Cup in Japan as “potentially devastating” for his country.

This doomsday scenario is one Samoa and the other Pacific Island nations must face, though, after none secured automatic qualification for Japan 2019.

By finishing fourth in their respective pools during the World Cup that drew to a close yesterday, Samoa, Fiji and Tonga now face an anxious wait before World Rugby announces its qualifying process ahead of the next global gathering.

But with only eight qualifying places available and the needs of four other regions to be satisfied, at least one of the Island nations could miss out.

“It’s not a good situation for the Pacific Islands,” Fotuali’i told The Rugby Paper. “It’s not going to be a real World Cup without all the Polynesian teams.”

World Rugby’s qualifying process for 2011 and 2015 saw places allocated as follows: Africa (1 place), Americas (2), Asia (1), Europe (2) and Oceania (1), making seven qualifiers in all, with a final place decided via the repechage competition.

Unless one of the regions offers up a place, which appears unlikely, Samoa, Fiji and Tonga will do battle for a single Oceania spot, with the losers thrown into the repechage dogfight from which at best one, but possibly neither, could emerge.

Fotuali’i, right, added: “It would be a real shame if someone failed to qualify, especially from a Samoa point of view because it could potentially be devastating for us.

“But it just goes to show there are other good nations who are standing up and playing good rugby. We didn’t play well and have fallen behind.”

“A lot of players didn’t step up,” he said. “Across the board we made it hard for ourselves by conceding too many penalties and coughing up possession.

“We’ll see how the review goes and jobs will no doubt get advertised, but it’s very frustrating for everyone that we just didn’t perform.”