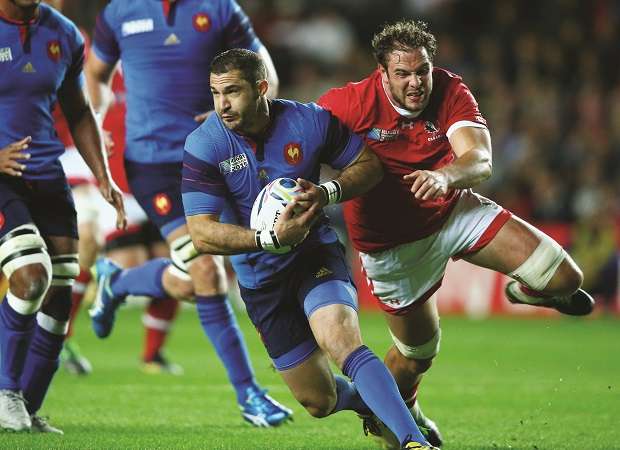 Les Bleus will battle it out with Joe Schmidt’s side on Sunday to top Pool D and avoid a quarter-final meeting with World Cup champions New Zealand.

And Spedding reckons the battle of the skies will be key in deciding which team will be flying high at the top of the pool.

He told The Rugby Paper: “We are out to win our pool in the World Cup and that’s enough motivation in itself.

“Rob Kearney is a quality player and I’m really looking forward to taking him on. You always want to test yourself against the best and he is definitely one of the best in the world.

“They have a quite a complete team and their kicking game is really good, their aerial game is strong and we’re going to have to work hard on that.”

France have routinely saved their best form for World Cups and reached the 2011 final despite a public divide with coach Marc Lièvremont.

They showed flashes of their potency against the Maple Leafs in Milton Keynes but errors prevented a sustained assault.

The prize for overcoming Ireland is a last-eight meeting with Argentina, who shocked the French crowd by claiming 18-13 triumph at the Stade de France last November. But Spedding is certain there is more to come from Philippe Saint-Andre’s side.

He said: “There is definitely room for improvement with this side, we know we haven’t played our best rugby yet and that’s probably a good thing.

“We don’t want to peak too early in this competition, hopefully the big game where we click will be against Ireland.

“I’m not sure if the performance against Canada will be good enough to beat Ireland. It will be a new game for us and a fresh start, it’s going to be a big one.”

“I know that he is slow in getting rid of the ball, so I am going to try to put the maximum pressure on him,” he said.

“I am going to hunt him down as often as possible. We are going to go after him 200 per cent because he is the strong man of this team.”