Posted on 6th March 2015 by admin in Featured, Premiership 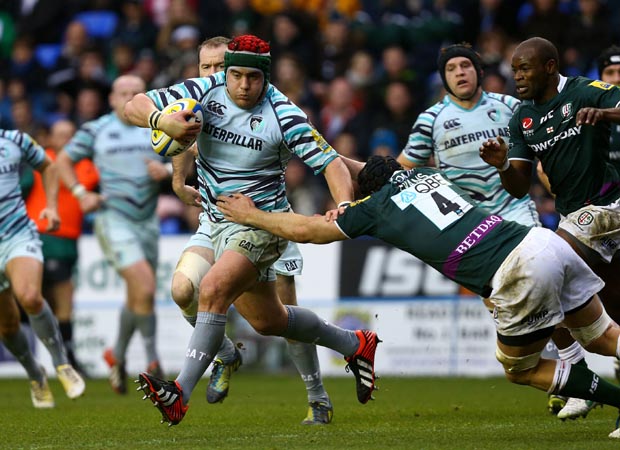 Leicester loosehead Marcos Ayerza believes better education and the involvement of TMOs would help referees eliminate scrum cheats and restore the set-piece to its former glory.

Scrums have become a mess, with constant resets and time-wasting tactics ruining the game as a spectacle and Ayerza has tired of seeing his area of speciality being emasculated by indecisive officiating.

Outlining his frustrations, Ayerza told The Rugby Paper: “I love the scrum, it’s a huge part of the game and a huge psychological part of any team, especially teams like Leicester and Argentina, so it frustrates me when players don’t want to scrum and just want to cheat.

“Referees have to be harder towards teams that are not positive towards the scrum, but it’s hard to be a referee nowadays and resets are frustrating for everyone.

“The new engagement laws have helped and should make the scrum a better contest, but it gets very frustrating when you have young props who instead of trying to evolve and improve their scrum technique, only want to cheat and get away with the odd penalty.

“They make it a mess, go to the floor and walk round, so when they do get a penalty the backs come and tap them on the back and say, ‘well done’. But that’s rubbish.

“Referees need to be zero-tolerant, but to do that they need to be more knowledgeable. To ping a scrum or yellow-card someone you have to be 100 per cent sure. But are referees 100 per cent sure? I think not, which is why they’re often afraid to do it.

“They give a penalty to one side, then the other, and expect the front-rows to solve it, instead of marshalling it themselves behind the team that is trying to scrum.

“It would be good to have referees working with props, like myself, and to have open sessions looking at the scrum, the bind and the shape.”

Ayerza believes television officials must play a far bigger role, adding: “TMOs could get involved by monitoring scrums during matches and then advising referees.

“You can stop the clock, have a quick chat about the shoulder and hip angles, see who is cheating and who is pulling a scrum down. Spectators get very frustrated that the clock is ticking away and resets take a long time, so I think that could be a positive move.”