EXCLUSIVE: Clubs in threat to play during World Cup 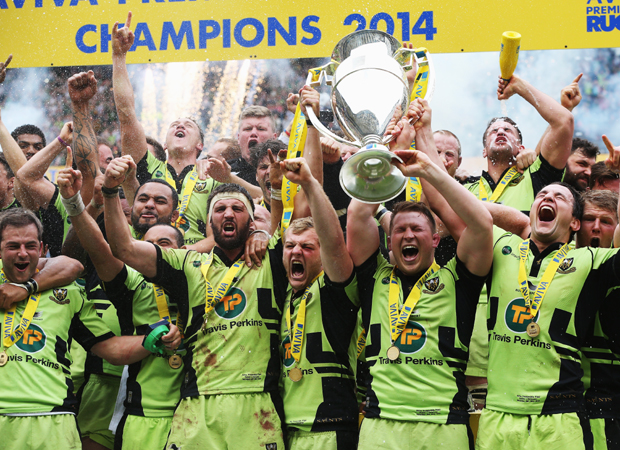 Simmering tensions between Premiership Rugby and the RFU over World Cup compensation are set to explode, with increasingly angry clubs threatening to play through rugby’s showpiece event unless a suitable deal is agreed.

Premiership clubs, still resentful of the Union’s failure to consult them ahead of England being awarded the World Cup, are demanding a £14m compensation package in return for closing down the league during September and October 2015.

England’s 12 top-flight clubs face five months without turnover, with projections based on historical evidence suggesting each will lose around £1.2m.

But offers made by the Union so far have fallen well short of expectations.

The Rugby Paper understands the Union have offered £6m but on condition of player release for additional home Test matches – with a further sum to follow as part of a new agreement between the RFU and Premiership Rugby due for renewal in 2016.

But that is unlikely to satisfy the clubs, who are unwilling to be held to ransom over a new post-Rugby World Cup deal and are becoming increasingly exasperated at the lack of a resolution on compensation with kick-off just over a year away.

Simon Cohen, chief executive of Leicester Tigers, said: “Until suitable compensation is agreed we should look to play through the World Cup.

“There are ongoing talks between Premiership Rugby and the RFU, but the World Cup was an agreement between the IRB and the RFU to which we weren’t a party, so to simply expect us to close down our businesses is simply not acceptable.

“It’s like going back to the bad old days of serfdom and everybody is extremely angry that this agreement was entered into with an expectation that we would shut down. So if there isn’t going to be adequate compensation we should play through.”

That would bring chaos to the World Cup, with the agreement between the IRB and the RFU specifically forbidding top-flight matches taking place during the event, plus the effect it would have on ticket sales and television.

But Cohen countered tersely: “That’s not our problem because both of them entered into an agreement without consulting us in any way, shape or form. Why should Leicester as a club be concerned about the consequences of that?

“Presumably the Premiership playing through the World Cup would be a breach of the IRB regulations, but those regulations are almost certainly a restraint of trade and are therefore probably unenforceable.”

Cohen received powerful backing from Saracens chairman Nigel Wray, who believes the RFU bigwigs have only themselves to blame for creating the impasse.

Wray told TRP: “Certain terms have been offered that don’t seem very attractive to me and the RFU are in a pretty embarrassing position because nobody in any other business would sign a binding contract without having spoken to the other people.

“If their factory, shop or business was closed down during September and October, wouldn’t they lose customers?

“And who would pay their wages? It’s plainly ludicrous and we’re still in the collision of the amateur and professional rugby worlds.

“There is no question that we would ever stop a young man playing for his country in a World Cup, but what the RFU shouldn’t do is take advantage of that fact. They should  agree proper compensation.”

Leicester, meanwhile, are the latest Premiership club to reveal ground expansion plans, with Cohen telling TRP he expects capacity at Welford Road to increase from 24,000 to 26,500 for the start of season 2015-16, whenever that date is finalised.

Exeter, Northampton, Harlequins and Bath also have ground developments in the offing.