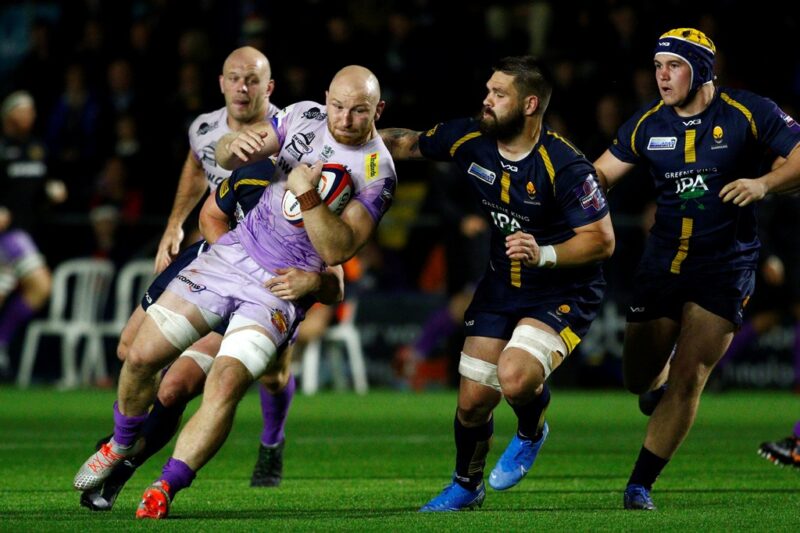 After unexpectedly forcing his way back into England contention, Matt Kvesic is a man on a mission as Exeter target some long-awaited European silverware.

Battling back rower Kvesic, 27, looked to be miles off England’s radar after boss Eddie Jones dispensed with his services in 2016. However, a shock call-up to the pre-World Cup training camp led to a fourth cap against Italy and renewed hope of a Test future.

Kvesic, who recently became a father for the first time, told The Rugby Paper: “Being called-up was certainly a surprise. I thought I’d just be helping out in training but I ended up there for four or five weeks and getting a cap against Italy was really good.

“I was never going to go to the World Cup because the squad had already been picked but just being around the lads was great. I enjoyed it, learnt a lot and there was definitely a different environment and vibe to what I’d experienced in camps before.

“That showed during the World Cup where the boys were pretty dominant up until the final and it’s nice to know that I’m on the radar moving forwards.”

With Jones stating his intention to shake-up his squad ahead of the Six Nations, Kvesic knows performances in Europe will go a long way to deciding whether he is granted the opportunity to challenge England’s World Cup back rows for a spot.

Exeter travel to La Rochelle this Saturday before further Pool assignments against Glasgow and Sale, with Kvesic adding: “We definitely let ourselves down in Europe last year and for whatever reason we just haven’t played our best rugby in the Champions Cup.

“That’s definitely a big focus for us going to La Rochelle and we’re confident. We’ve been top four in the Premiership for so many seasons and that form now needs to translate into Europe because it’s about time we gave it a really good crack.

“We’ve got a hard group but so has everyone else, so we just want to make sure we knock-off this first group of Premiership games with us in a good place and then go into Europe this week with a bit momentum, because we know we could do very well.”

After beginning his career at Worcester as an out-and-out No.7, Kvesic played some of the best rugby of his career at No.8 last season and is comfortable across the back row – a useful attribute should England at some stage look beyond Billy Vunipola.

Kvesic said: “I had a slow start in my first season at Exeter having just come off a pretty naff final year at Gloucester, so I felt like I hadn’t played a hell of a lot of rugby for two years.

“But I had a good pre-season last year and with Sam Simmonds getting injured, I moved across and played pretty much the whole season at No.8. It was probably my most enjoyable year since my Worcester days, so I just want to build on that now.”