Stade Mayol is a far cry from that surreal day in Bucharest!

Posted on 22nd October 2016 by admin in Champions Cup 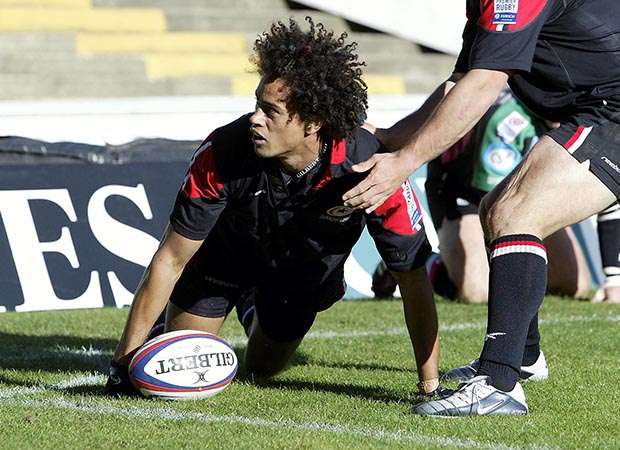 The Stade Mayol provided a vibrant background for Saracens European Champions Cup clash with Toulon yesterday and it was an experience light years away from the club’s shambolic trip to Romania, which took place exactly 15 years ago.

Instead of being the defending champions and the top-ranked team in Europe, at that point, Sarries were consigned to the Parker Pen Shield and were drawn against the minnows of Dinamo Bucharesti. Francois Pienaar, below, was the chief executive of the club in 2001 and in charge of all playing matters. Despite having travelled the world with the Springboks, what he encountered in Bucharest left the big man speechless.

I was the only journalist travelling with Sarries and eager to see how the country had embraced life after the demise of communism as my previous visit had been with England in 1989 when Nicolae Ceaușescu was still in charge of the ailing state.

Sarries flew to Bucharest on a scheduled BA flight and arrived in good spirits. However, while the squad, including World Cup winners Richard Hill and Tim Horan, made it to Romania, half the team kit was still at Gatwick!

A quick count revealed 14 missing kit bags for the players and, if the game was to go ahead, Pienaar had to arrange for a dentist to come to the team hotel on the outskirts of Bucharest (called the World Trade Centre!) and fit new gum shields. They also had to ask the home team for spare boots at a time when Sarries were actually arranging a collection of spare kit to help ease Romanian shortages to be handed over at the return game at Watford.

For the unlucky 14 there was a BA gift to ease their problems – each was handed a “female overnight kit” containing cotton pads, makeup remover, body lotion and white knickers! 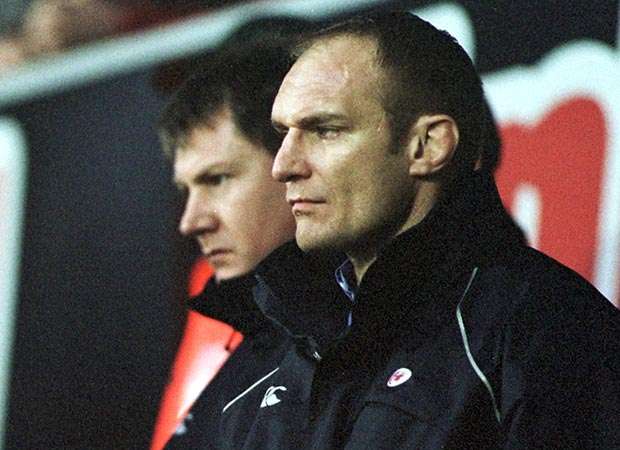 Hill, the England flanker, remembers the race to get a dentist to the hotel to ensure the 14 players would have gum-shields.

“I was lucky that my kit had actually been put on the plane,”said Hill. “The dentist came in that first night to do moulds for the gum-shields and phone calls were being made to try and track down any kind of boots that could be used in the match.

“Some of the boys played in pretty old fashioned boots and the steel toe caps were back in fashion! The missing bags eventually came out on a cargo plane.”

Sarries had travelled to Romania – at a cost of more than £20,000 – without nine injured regulars, and were facing more expenditure as the dentist was happy to do the work if $280 was handed over. He preferred dollars – as did the entire country – rather than having to fit nearly 10 million local lei into his wallet.

Pressure on BA resulted in the missing kit bags being loaded onto a plane for Budapest in Hungary. They were then taken by cargo plane to Bucharest and, to the relief of everyone but Scott Murray, arrived before kick-off. Unfortunately for the Lions second-row, his kit was still AWOL.

The dilapidated changing rooms were 300m from the pitch, which meant an area shaded by overhanging trees needed to be found to allow the players some respite from the 80-degree sun during half-time. The route to the pitch took the players past a bullet-marked statue of Lenin, missing his nose and lower half, now used to protect a newly planted tree.

Hill added: “It was incredibly hot and with the pitch so far away it was agreed we wouldn’t come back at half-time. We used one tree at the end of the pitch to get out of the sun during half-time.”

A small group of “Fez Head” travelling fans were in the 1,500 crowd who saw Sarries run in 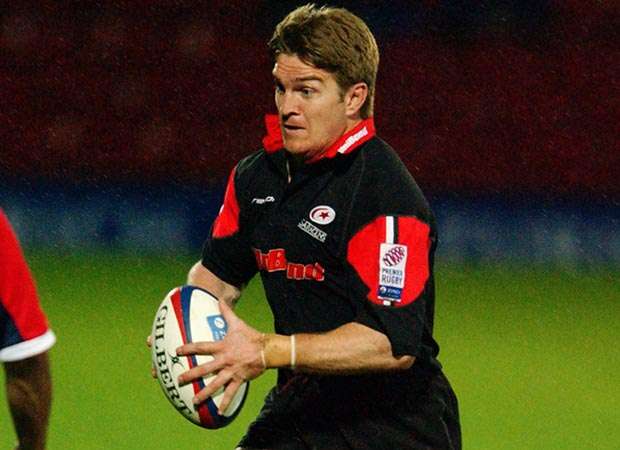 11 tries with a brace for wing Richard Haughton, top, now a Sevens referee, and two for current backs coach Kevin Sorrell, who will no doubt enjoy telling you all about the conversion he also kicked.

“Yes, that is true,” added Hill. “Things had got so bad we had to use the guy with a pitching wedge kick!”

Horan, above, was forced off the field with a hamstring injury, but despite all the problems, Sarries won 75-12, even losing prop Sean Phillips to the sin-bin for punching an opponent who had grabbed him down below while flanker Steve Cheesebrough’s play earned him an egg-sized lump under his right eye.

Dinamo were based on the city’s police department – their president was a police general – and put on an excellent post -match meal despite obvious financial constraints and everyone finished up in an Irish bar – yes, even in Bucharest.

The police general had paid a visit to the team hotel before the match accompanied by a huge Alsatian which suddenly starting going mad in the foyer. The general calmed the dog, who had been desperate to get outside, turned to us and announced the dog had reacted like that ‘because it is trained to spot gypsies’. Nice!

The trip ended with a white knuckle landing in gale-force winds at Gatwick airport where Sarries found themselves collecting kit with the Gloucester players. The West Countrymen had been diverted to Gatwick when their flight from Italy to Heathrow was unable to land, due to strong winds. Not surprisingly, their tale of woe did not impress the Sarries boys.

Hill added: “It was a trip that to this day still stands out as one of the most memorable of my career and the Romanians did put on a great night for us with some interesting local brew. Normally, you have a rough idea of where you were going for a European match, but we didn’t on that occasion.”