Posted on 23rd October 2020 by admin in Latest News, Premiership 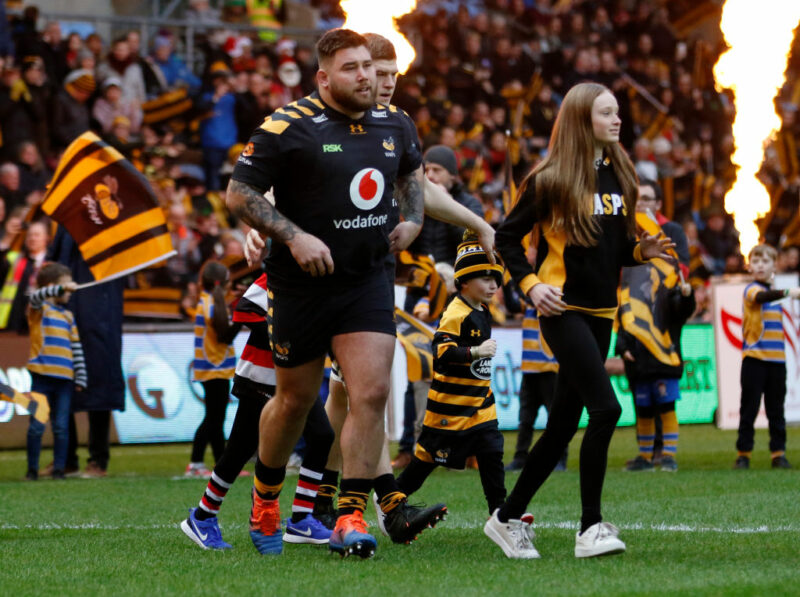 Wasps will be without the influences of Brad Shields, Kieran Brookes, Simon McIntyre and Alfie Barbeary for the Premiership final against Exeter Chiefs after being ruled out by the club’s COVID-19 tracing protocols.

Lee Blackett and Rob Baxter have both named their squads for the season finale at Twickenham that will also be minus referee Wayne Barnes who has tested positive for the virus.

In a rematch of the 2017 final which went to overtime, Wasps must face up to a number of key players missing from their forwards after an outbreak last week.

In place of the missing quartet, Blackett has called on Tom Willis, Jeff Toomaga-Allen, Tom West and Tommy Taylor to start in a side captained by Joe Launchbury.

Juan de Jongh joins Jimmy Gopperth in the centres, while the rest of the back-line remains the same with Dan Robson and Jacob Umaga linking up at half-back and the back-three of Josh Bassett, Zach Kibirige and Matteo Minozzi will look to excite again after starring against Bristol Bears in the semi-final.

Wasps head coach, Lee Blackett, said: “If we are all being honest, it hasn’t been ideal preparation, but I have to give credit to the players because they have coped with it admirably.

“A lot of credit must also go to the staff, especially Team Manager Dave Bassett, Head of Medical Ali James and Club Doctor Ralph Mitchell. The amount of work that they have put in behind the scenes to allow us to play in this game is phenomenal.

“It has been a difficult week in terms of all of that, but the one thing that we spoke about at the start of the season is being adaptable. Now the players will do everything they can to put in a performance on Saturday. We know it will be tough, Exeter deservedly finished top of the league this season, but we are confident with the form that we can take into the game.”

As for domestic-European double-chasing Exeter, director of rugby Baxter has made changes to the side which claimed the Champions Cup a week ago.

Up front, Sam Skinner takes over from his Scottish international team-mate Jonny Gray, while Jannes Kirsten is preferred to compatriot Jacques Vermeulen in the back-row.

Behind them, Ollie Devoto comes into the centre alongside Henry Slade, while Olly Woodburn is given the nod over Tom O’Flaherty on the right wing. With the exception of O’Flaherty, Gray, Vermeulen and Ian Whitten all drop to the bench, alongside Gareth Steenson, the club’s record points-scorer, who will be making his final appearance in a Chiefs jersey.

Asked if he had allowed the squad to celebrate their European triumph, Baxter said: “The boys had a few beers in the changing rooms afterwards and they had a decent bus trip back, but I said to them this week that I know they had celebrated properly and that they hadn’t really let themselves go.

“All of us know there was another game to go, so it’s important that the sacrifices they and their families have made over these weeks and months, are now made worthwhile, by turning up and performing well this weekend.

“They have down time coming up and they can celebrate afterwards, but the key thing for me – and I’ve said it to the lads – is that they can enjoy it all by playing well this weekend. I’d love for them to round off their season in a special way by producing one of those big Exeter-type performances.”