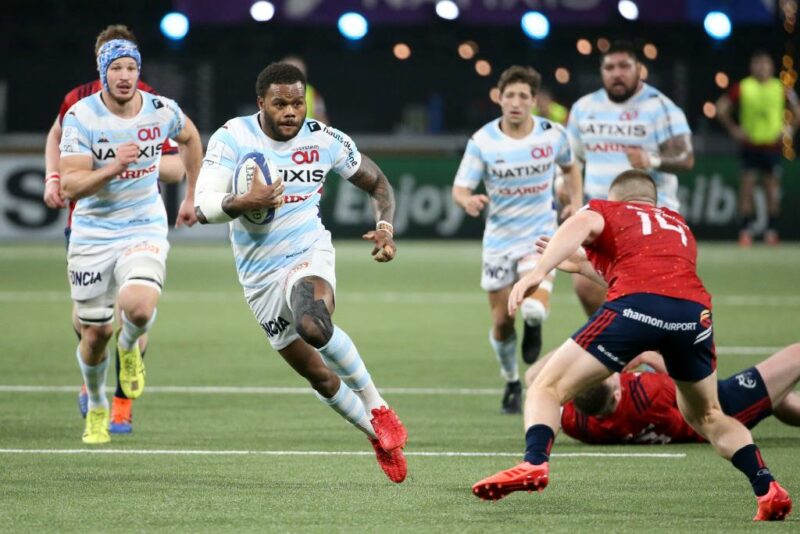 FRENCH international Virimi Vakatawa could move to the Premiership next summer after seeing how much his close pal Semi Radradra is enjoying playing at Bristol Bears.

Fijian-born centre Vakatawa, 28, was the Top 14’s leading scorer in 2019 with 13 tries. He is out of contract with Racing 92 next summer and is assessing his options.

Northampton Saints, Bath, and Gloucester have all expressed an interest in Vakatawa who re-joined Racing three years ago after four years playing on the Sevens circuit.

Sale Sharks could also make a move for Vakatawa if Manu Tuilagi, right, who signed only a one-year deal after leaving Leicester Tigers in July, opts to try elsewhere.

Between the end of the World Cup and the Top 14 season being cancelled earlier in the year, Vakatawa underlined why he is regarded as one of the most dangerous centres in the game.

Vakatawa isn’t the biggest centre in the world at 6ft 2in and 14st 7lb but has incredible pace and power and stunning footwork.

He qualified through residency seven years ago to play for France and has won 24 caps, scoring the last of his eight tries against Wales during the World Cup.