Posted on 25th August 2020 by admin in Latest News, Premiership 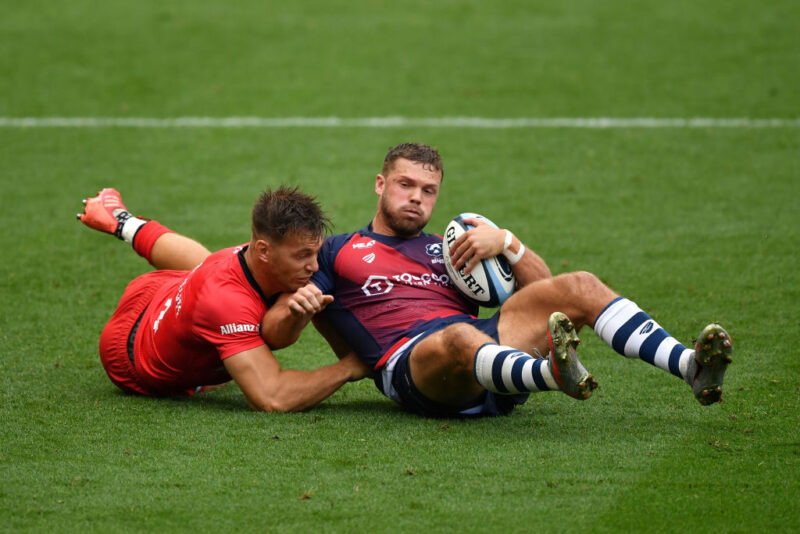 COME the end of this season, Henry Purdy hopes to have had enough practice to know Bristol Bears’ unofficial team anthem chapter and verse.

Big wins by the West Country title hopefuls are always celebrated with a rousing rendition of Blackbird, one of The Wurzels’ best-known ditties. And last Saturday’s success against Saracens was marked in traditional fashion.

“It’s always a good moment when we get to sing that,” said the winger, who is now on a full-time deal at Ashton Gate.

“I’ve just about got the lyrics all done, I’m good for the first verse and then I struggle a bit after that.

“But I’ve been here long enough to have rehearsed it a fair bit and luckily enough we’ve sang it a few times after a few good wins.”

Fijian new boy Semi Radradra and Bristol’s other new overseas recruits must have wondered what world they’d entered into as their team-mates threw their arms up in the air deep inside Ashton Gate, singing ‘La, La, La. How’s your father? Alright!’

“You get a few faces saying, what’s going on here?’ If they’re asking anyone, they’re asking (Bristolians) Andy Uren or Joe Joyce, and they explain,” Purdy pointed out.

“Hopefully, we’ll get to sing it a few more times in the games coming up.”

Purdy is no stranger to different team cultures having represented four teams in the space of a “crazy” ten-month period.

From March 2019 through to him making his Bristol debut in January, Purdy turned out for Hartpury, Otago and Coventry as he looked to get his stalling career back on track.

“It was an interesting time and I am kind of glad it worked out how it did,” the much-travelled 26-year-old admitted. “I moved on from Gloucester, and it gave me the opportunity to go to New Zealand and have a great adventure and try something new in rugby and in life as well.

“Once I got back, Coventry was just what I needed  to continue to enjoy my rugby even if it was in the Championship.

“I am thankful to Coventry for letting me go to Bristol as soon as they came in. It has been a bit of a whirlwind, but I am stoked to be where I am now, and I am enjoying being among what is a great bunch of boys and coaching staff.”

With Fijian World Cup sensation Radradra and England’s Kyle Sinckler joining a changing room shared by the Piutau brothers among others, Purdy finds himself in stellar company.

However, the former Leicester academy player says the important thing about the Bristol environment is that everyone is in it together regardless of their CV.

“It doesn’t matter where you come from or who’ve you’ve played for, the lads really buy into the way we want to play. We’re all on the same page.”