Harlequins back row Jack Clifford forced to retire at 27 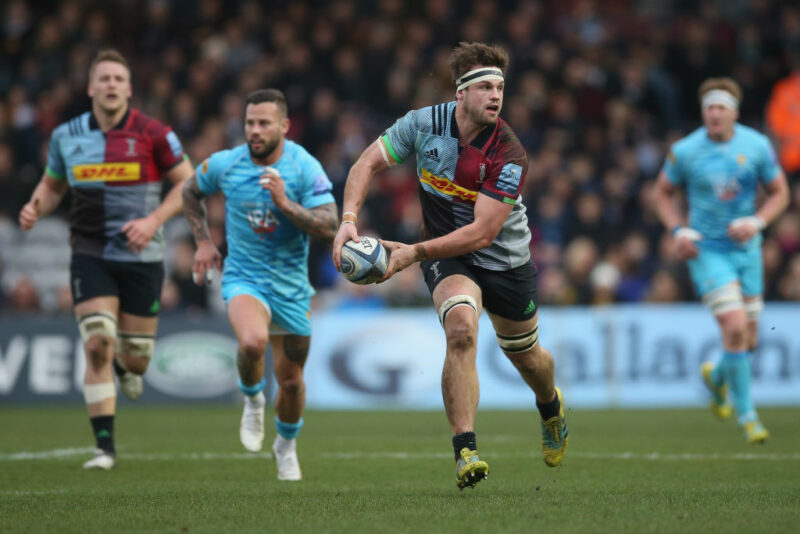 Harlequins and England back row Jack Clifford has said he is ‘truly gutted’ to be announcing his retirement with immediate effect.

Capped ten times by England, Clifford had been training with Harlequins as he worked his way back from two major shoulder surgeries but has been advised to hang up his boots.

Marked as a player to watch when leading the England U20s to the 2013 U20 World Championship crown, Clifford’s career has been hampered by the misfortune of injury.

Ending a 14-year association with boyhood club Harlequins, Clifford said: “I’m absolutely gutted to be have to call time on my career at a relatively early stage. I have been at Quins since I was 13 years old and made so many good friends here.

“It has been an absolute pleasure training and playing with the lads each week and I will miss this environment greatly. I feel proud to have reached 100 appearances for Quins and it is ironic that the injury was sustained in my 100th game.”

Clifford, 27, made his debut for Harlequins in 2012 against Northampton Saints and represented England in Sevens two years later before advancing to the senior team.

Touring with Eddie Jones’ England side which completed a series whitewash of the Wallabies in 2016.

Harlequins head of rugby Paul Gustard said: “It is with sadness that Jack has been forced to retire from the game prematurely after another serious injury. I have been a huge fan of Jack from my days as an opposition coach and was delighted to be part of an England staff who awarded him his first of ten England caps.

“He was a player who had the ability to change a game with his explosive pace and offloading skills which, allied to his high work rate, meant he was an important player for us last season when he was a mainstay of the side who finished fifth.

“He is first and foremost a great human being and I have enjoyed watching him grow as a person and I continually applaud his courage and tenacity to fight back from each serious injury he endured.

“We had signed Jack on a long-term contract at the club as we believed he was a key part of what we are building, so it is disappointing for everyone that we are unable to see his talents on the field once more.”