Home / Latest News / Attwood: Seeing Semi Radradra do his thing in training is something special

Attwood: Seeing Semi Radradra do his thing in training is something special

Posted on 13th August 2020 by admin in Latest News, Premiership 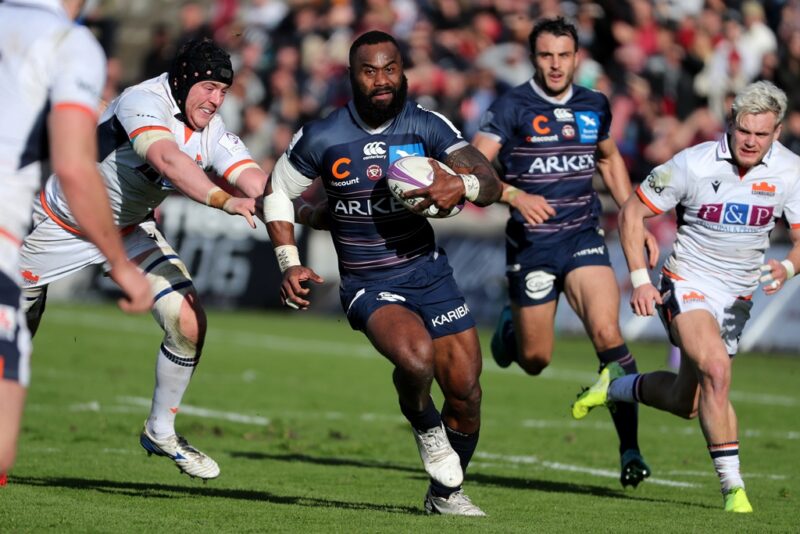 Former England, Bristol Gloucester, Bath and Toulon enforcer Attwood describes flying Fijian centre Radrada as the best player he has ever seen – high praise indeed from a man who has been around rugby at the highest levels for the best part of 15 years.

“I’ve not seen anything like it,” Attwood tells The Rugby Paper. “When you think of Fijian rugby you think about the razzle, the ballast, the physicality and skills – and he can do everything. It’s like nothing you can imagine, he’s got the whole set of golf clubs.

“I played with him at Toulon two years ago so I know him better than most – enough to happily say he’s the best rugby union player I’ve ever seen. He’s absolute class and the great thing is he’s a lot more comfortable in the English culture than the French.

“He’s a lot more immersed socially with the guys here than he was at Toulon, and in training I’ve been really impressed. We were running moves the other day and out of nowhere he puts in a little chip kick, takes the ball at full tilt and everyone’s like, ‘wow!’”

Attwood, 33, added: “You expect him to sidestep, run over a guy or deliver some sort of wild offload, but he did something different and it’s just incredible. It’s exciting and it fills you with confidence when you look across the backline and see faces like that.

“It makes everyone else feel a bit more bullet proof and that’s going to be a good thing all round.

“The difficulty for Semi, as a centre, is there’s a lot more decision-making going on so he needs to control people around him as well as his own game. There’s a lot of expectation, not just physically and skills-wise but in terms of the overall game plan.

“Pat Lam is pretty blunt with his structure and knows how he wants us to the play the game, and now he’s bringing in rock stars to add a bit of spice. The pressure is on Semi to pick up the game plan but if anyone can do it, from what I’ve seen he certainly can.”

Bristol resume their Premiership campaign against Saracens on Saturday and Radrada is not the only new signing to have caught Attwood’s eye, with England prop Kyle Sinckler and on-loan Sarries pair Ben Earl and Max Malins also impressing in training.

Attwood said: “Kyle has been exceptional and he’s had as good a start at a new club as you could want. He’s been very solid in the set-piece and he’s an intelligent footballer so he’s picked up things damned quickly and set a yardstick, which is good.

“That’s taken a bit of pressure off John Afoa and allows him to deliver a bit more of the razzle he’s renowned for, while Ben Earl and Max Malins are both very clever, intelligent footballers as well and they’ve also fitted into Bristol’s systems very quickly.

“I think they’ve both enjoyed having things slightly different outside of the Saracens culture. They’re tasting a different kind of vodka so we’ll see what that does for them and they’ve both realised it’s going to be good for their careers moving forward.

“Overall, we’re pretty settled and the guys that have come in have made good strides and provided some selection issues to Pat, which is exciting for us.”

Director of rugby Lam has not hidden his trophy ambitions, both domestically and in Europe, and Attwood has no issues dealing with that expectation.

“I’d rather be involved with someone who was quite clear about what he wants to achieve,” he said.

“It puts you under more pressure but if you don’t set public targets, no one holds you accountable if you don’t achieve them. Ultimately, if Pat doesn’t achieve what he says he’s going to and the owners aren’t happy, they’ve got something to measure him by.

“It asks more of Pat than it asks of us, but I quite rate that about him. He’s stated what he thinks and we have a game plan and belief that we can beat anyone.

“There are a lot of unknowns around how things are going to settle down, with games so close together and how squad rotation will work, but at the moment we’re pretty confident with the direction we’re heading – it’s ‘Destination Play-offs’.”