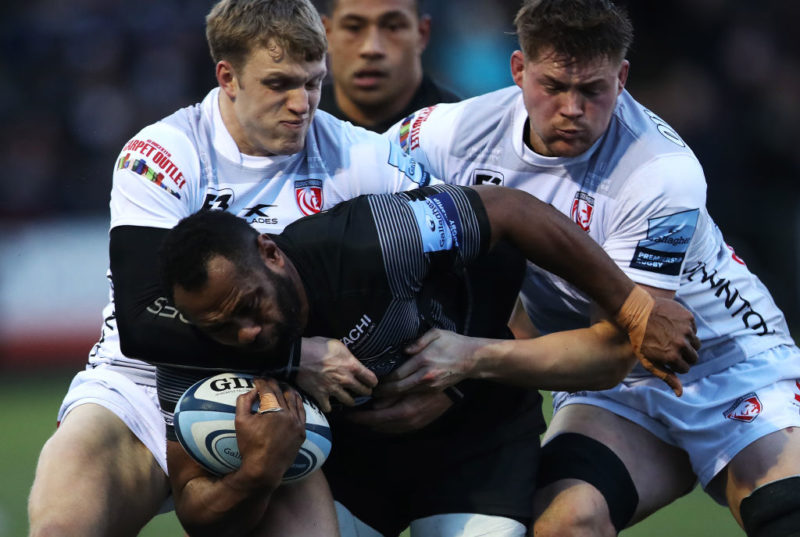 The Fijian has overcome a calf problem to start in ‘The Big One’ at St James’ Park, where Newcastle are aiming to win a third consecutive match and heap more pressure on relegation rivals Worcester Warriors.

England’s de facto blindside flanker Mark Wilson returns to captain Falcons at the home of Newcastle United, where the club set a new record attendance of 30,174 when they played Northampton Saints last season.

High in expectation for his team to get a positive result, Newcastle director of rugby Dean Richards said everyone in the camp was looking forward to the match.

“St James’ Park is an incredible venue, it will be a big home crowd and a really special day for the boys,” said the former England and Lions star.

“An important aspect will be our mental preparation and how we deal with everything going on around the game, but the mood in the camp is really positive and everyone is just looking forward to it.”

Granting full respect to Saturday’s opponents, Richards added: “Sale Sharks are having a good season, they are very well coached by Steve Diamond and his staff and they are in the top half of the table on merit.

“They will definitely offer us tough opposition but we feel like we are in a good place at the moment – the boys are enjoying their rugby, we’re starting to get guys back from injury and internationals and there is a great buzz around the club.

“We’ve got six games left during a crucial run-in to the Gallagher Premiership season and still a bit of ground to make up, but we’re carrying form with us at the moment.

“Saturday is another opportunity for us to continue that resurgence in front of a big crowd at a tremendous venue, and we’d urge as many people as possible to come down and be part of a great occasion.”

Sale Sharks could close the gap on Gloucester, who hold the fourth play-off spot in the Premiership standings, with a win.

Director of rugby Steve Diamond commented: “We’ve had a hard training week and have been quite physical. Hopefully, we’ve prepared well for Newcastle at St.James’ Park.

“There’s no bigger challenge: they were top four last season, and their present position doesn’t reflect their abilities, as shown by their last two results. This is our hardest game so far, the Falcons are in a corner and will be fighting for their lives and we need to make sure we’re as desperate for a result.”