John Wells to leave Newcastle Falcons for role in Italy 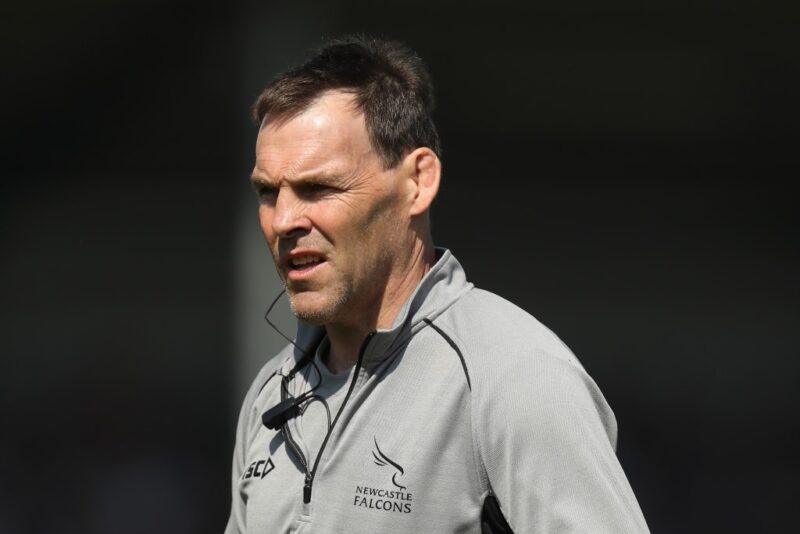 Newcastle defence coach John Wells will be leaving the Falcons despite their promotion to the Premiership to move into Italian rugby.

Wells will end an eight-year stay at Kingston Park to join Rugby Colorno, who play in Italy’s domestic Top12 league.

Originally acting as forwards coach, Wells has gone on to work as head coach and defence coach under director of rugby Dean Richards.

The Falcons boss placed considerable worth on Wells’ work with the defence aiding the club back to the Premiership at the first time of asking.

“John has made an outstanding contribution to the club over the past eight years, and leaves with our sincere thanks and best wishes,” Richards said.

“Defence has been one of the cornerstones of our return to the Gallagher Premiership, and the foundations that John has helped to lay will stand us in good stead for when rugby eventually resumes.

“I have been closely associated with John in one form or another for well over 30 years, both as a player and coach, and I know he will make a success of his new challenge over in Italy.”

Looking back on his time with Newcastle, Wells said: “I have had eight fantastic seasons at the Falcons.

“It has been a vibrant and challenging few years with some very memorable performances – most notably at my old club Leicester, which saw us qualify for 2017/18 Premiership play-offs. We became only the second team to beat Toulon at home in the Champions Cup a year later, and most recently over in Jersey in February we produced an almost-perfect team performance in atrocious conditions.”

Having helped steer the Falcons back into the Premiership before embarking on his new challenge in Italy, Wells said: “Promotion has had to be respected, but in the circumstances has not really been celebrated. The team was unbeaten and playing some outstanding rugby prior to the premature end to the campaign, and we could not have asked for much more.

“I would like to thank Dean, Dave (Walder, head coach) and the rest of the coaches, strength and conditioning staff and medical team for their help and support during my time with the club. I also thank the players for all of their hard work, commitment, enthusiasm and bravery, and I wish the Falcons every success in the Premiership.”