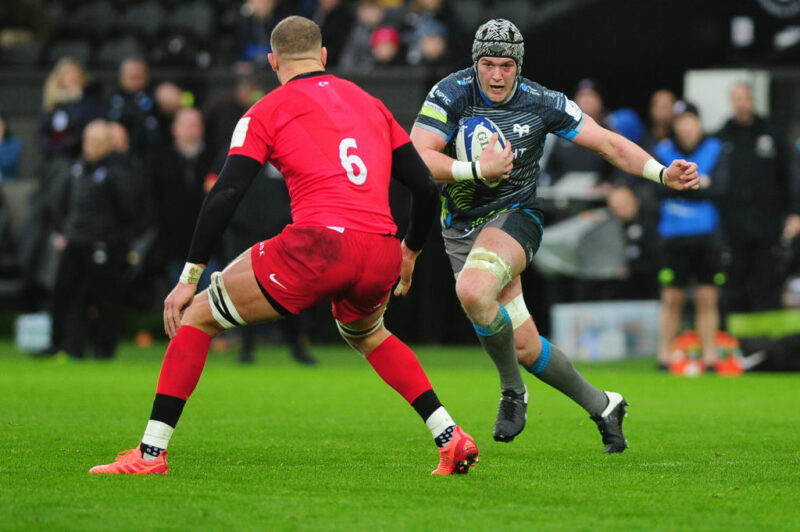 Flanker Dan Lydiate is the latest Ospreys player to commit his future to the province after putting pen to paper on a two-year deal.

The 32-year-old is a hugely respected figure at the Liberty Stadium, originally joining Ospreys in 2014 and he has also assumed the captaincy at times this season while regular skipper Justin Tipuric has been away with Wales.

Lydiate is himself a 64-time capped Wales international, representing his country at two World Cups, while he was also part of the victorious British and Irish Lions team that toured Australia in 2013.

Injuries have impacted on Lydiate’s playing time over recent years, while Ospreys are not enjoying a successful season on the pitch, as they currently sit bottom of their Pro14 Conference, winning just two of 12 games this term.

That has not dented Lydiate’s commitment to the team’s cause, however, as he has revealed he had no hesitation in signing his new contract.

“Signing a new deal gives me security for my family and I am looking forward to where the Ospreys are now heading,” Lydiate told the province’s website.

“I still think I have a lot of rugby left in me in an Ospreys jersey. I have had a tough couple of years with injury and I am just enjoying playing back-to-back games.”

Ospreys recently announced that Toby Booth will be taking over as their head coach next season and Lydiate is the latest in a long list of players to have committed their futures to the team over the past few weeks.