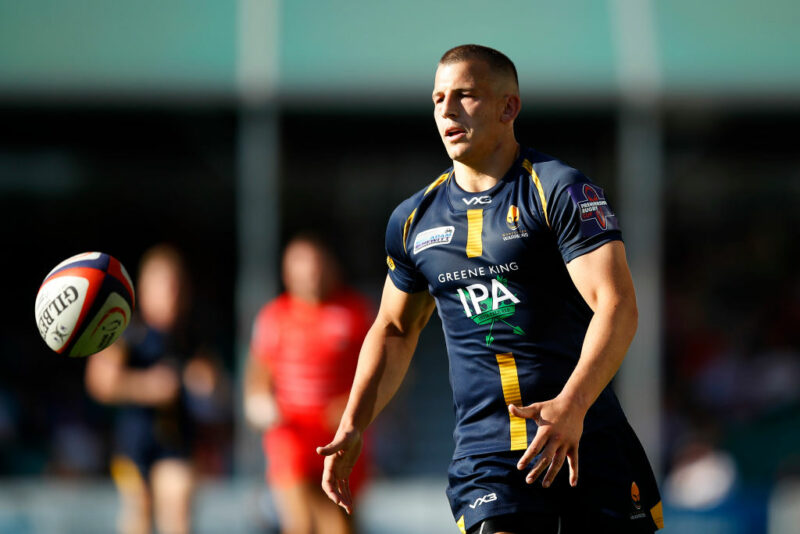 Mills becomes the first signing announced by the Premiership club ahead of next season, with the 27-year-old making the switch to the Ricoh Arena after six years as a Warriors player.

Worcester have agreed to release Ryan Mills from the final year of his contract, which ran until the end of the 2020-21 season, in order to facilitate the move.

And Wasps interim head coach Lee Blackett revealed the club had beaten other clubs – believed to be Bath and Bristol Bears – to Mills’ signature.

“He’s someone we’ve watched for years as a club. Whenever you actually play against Worcester, he is definitely someone you are fearful of, him Francois Hougaard. I remember [former Worcester coach] Sam Vesty giving me a stat that when those two played together, Worcester won 60-odd per cent, without them, they were a lot lower. We’ve watched him ever since and has always been someone we’ve liked a lot.

“There were other clubs in there 100 per cent,” he said. “When a player of his calibre comes up, people are always going to want to sign him. If you’re looking to sign that kind of centre, people are going to be wanting to go for him.

“If you look to when we played our best rugby, actually, a lot of it has been through the second receiver and he’s in that Jimmy Gopperth mould.”

Mills moved to Sixways in 2014 from Gloucester, where he came through the club’s academy to emerge into the first-team picture.

And Warriors director of rugby Alan Solomons has placed faith in the potential of Ollie Lawrence and Will Butler to become senior figures within the squad.

“Ryan has been a great servant of the club and he has made an invaluable contribution over many years,” Solomons said.

“He has, though, reached a point in his career where he wants a different challenge and we at Warriors have reached a point where we have outstanding young home-grown centres coming through in Ollie Lawrence and Will Butler and experienced internationals such as Ashley Beck and Francois Venter.

“Ryan will join Wasps with our very best wishes and thanks for all that he has done for the club. There will always be a warm welcome for Ryan here at Sixways.”