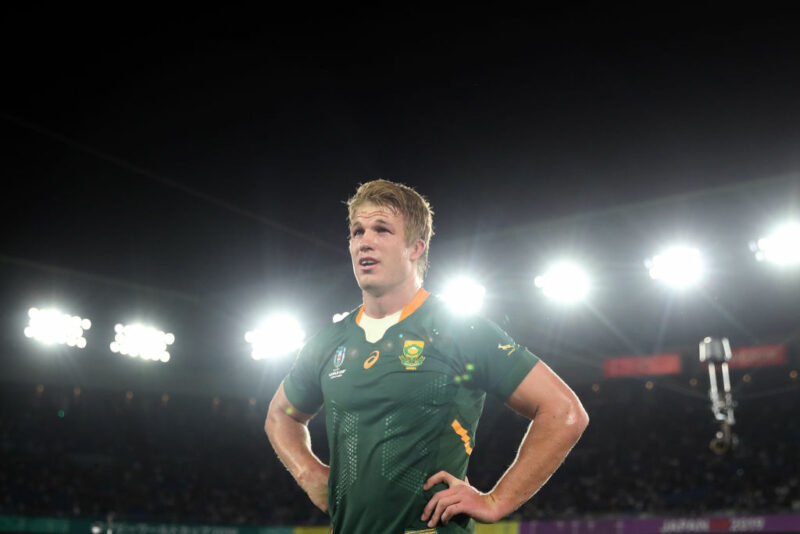 HARLEQUINS are weighing up a move for Pieter-Steph du Toit as they look to replace England skipper Chris Robshaw.

Quins announced last week that Robshaw will leave the Twickenham Stoop at the end of the season when his contract runs out.

He was in New York last week where it is believed he had discussions with the Major League Rugby outfit about following in the footsteps of former England team-mate Ben Foden.

The MLR is becoming an attractive competition for players with Drew Mitchell coming out of retirement to play in the competition while Simon Zebo is also having talks.

Quins have been searching to see who is available to replace Robshaw and have more than a passing interest in Stormers star du Toit, voted the World Player of the Year after the Boks’ RWC triumph.

They have been busy in the South African market in the last few weeks having emerged as favourites to land his Stormers team-mate tight-head Wilco Louw.

They have already announced that Andre Esterhuizen is joining them but a move for du Toit who is under contract for another year might not be as easy to complete.

It is understood from South African sources that du Toit, 27, is only likely to leave after the Lions tour next year along with several other Springboks.

Quins could, however, offer a transfer fee which may help to oil the wheels of a potential deal before then.

And that wouldn’t appear to be a problem for Harlequins who continue to ramp up their recruitment drive, having agreed to fork out £340,000-per-season to bring Esterhuizen to the Stoop as of next season.