Posted on 27th January 2020 by admin in Club Rugby 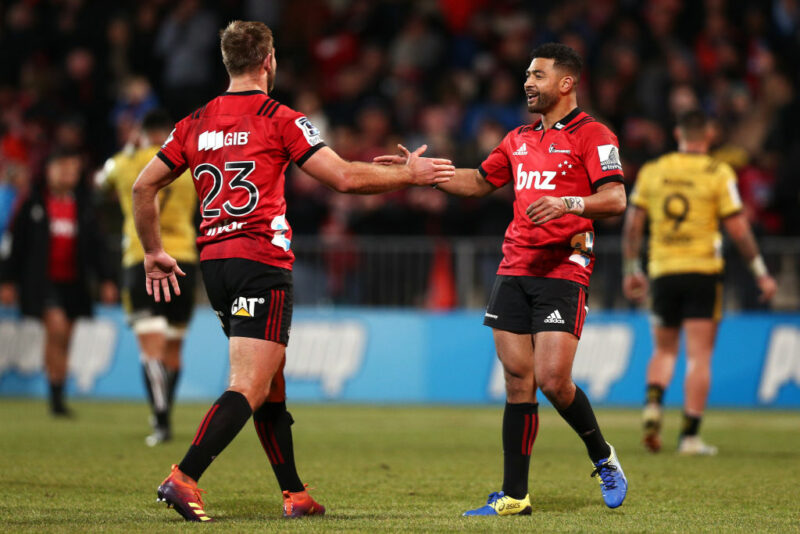 To celebrate the 25th season of Super Rugby, New Zealand band Six60 have teamed up with some of the biggest New Zealand rugby stars. This campaign, which sees rugby stars and the band member collaborating together, aims to attract younger fans to the sport – just ahead of the Super Rugby’s new season starting on the 31st of January.

In a bid to raise awareness and create a bigger interest of rugby, the band who originate from Dunedin joined several star rugby players and reworked one that their hit singles The Greatest.

“We actually take a lot of inspiration from these players and the sport generally, so it seems only natural that the two parties come together and lean on each other to take this to the next level,” says Walters.

New Zealand rugby star, Richie Mo’unga, believes that the campaign will be very successful and says that the song will serve as a driver for teams and players throughout the Super Rugby season. So picture this, your favourite rugby players playing to The Greatest on their music systems and listening with wireless sports headphones during practice and before the upcoming big games of the season to psych themselves and to be titled the greatest!

What Did the Campaign Entail?

The filmed campaign featured each of the band members being assigned a team such as the Blues, Chiefs, Hurricanes, Crusaders and Highlanders. The band and the rugby stars, including Richie Mo’unga, Aaron Smith, Codie Taylor, and others, all enjoyed a jamming session of the reworked single The Greatest.

This isn’t the All Blacks first campaign, as the team have previously worked on other campaigns, such as the AIG Life campaign, where six stars talked about their motivations in a campaign that was aiming to encourage UK consumers to rethink their life insurance.

This isn’t the first run in the band have had with rugby, as Matiu Walters, the singer and all-around frontman, was previously a national age group rugby star. Walters believes their current collaboration with the boys is a great fit due to his own, and his band members,  connections to the national game.

Walter’s grandfather also played for the All Blacks, so the singer has always had close connections with the team and the game. Last year, Six60 also formed close friendships with rugby stars in the All Blacks team when they performed at the World Cup in Japan. If the latest campaign between Six60 and the rugby stars has sparked your interest and has made you want to watch the Super Rugby this season, then you’re in for some excitement. Don’t forget to catch the kick off games of the season on Friday the 31st of January, with the Blues playing hosts the Chiefs at Eden Park in Auckland, followed by the match between the Brumbies and the Reds, and then later in the day, you can watch the Sharks go head to head with the Bulls.