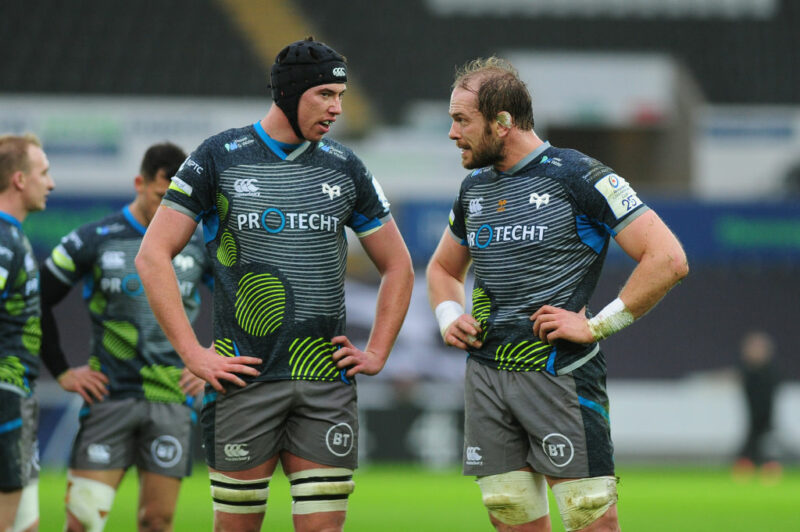 Ospreys have confirmed Wales World Cup star Adam Beard has signed a new two-year contract to stay at the region.

Beard was included in Wayne Pivac’s Six Nations squad this week, having played a role in Wales reaching the semi-finals of the World Cup in the autumn.

In renewing his contract the 24-year-old has given the struggling Ospreys another boost, after fellow Wales teammate Owen Watkin re-signed earlier this week.

The Ospreys possess the worst record in the PRO14, with only one win to show through Round 10, and the same can also be said of their Champions Cup campaign.

But homegrown Beard shared memories of growing up an Ospreys fan

“I used to watch the Ospreys with my father, Paul, down the Liberty Stadium,” said Beard, capped 20 times by Wales.

“I always used to buy the jersey every season and watch the players, some of them are still in the squad now, when I was coming through the system back then.

“I’m a local boy and have been here about eight or nine seasons.

“I played through all the age-grades and I have a lot of close friends here and we all want to see the region get back to winning ways.

“Signing for the region shows how much it means to me and how we all want to stay around and make this region great again.”

The lock has made 68 appearances to date for the region who play their final match of the Champions Cup pool-stage at Thomond Park on Sunday.