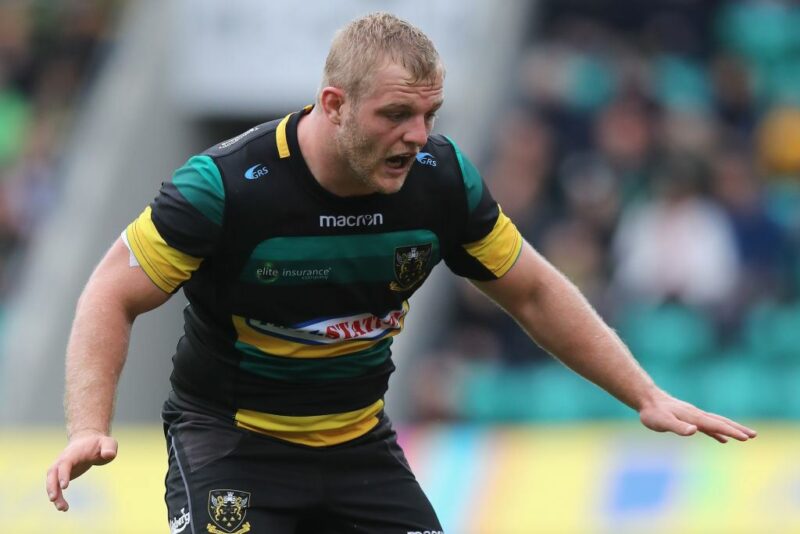 Former England captain Hartley was forced to call it quits in November after his ‘grumbly knee’ refused to stop complaining.

Away from the deluge of publicity surrounding Hartley’s torment, though, long-serving Haywood reveals how he had been battling for his own future after mangling his right knee on his 200th first team appearance against Gloucester in November 2018.

Now ten games into his comeback, Haywood, 28, told The Rugby Paper: “It’s a 200th game I’ll never forget because after I came off the pitch, I thought it was the end. I saw what I’d done on TV and thought that was going to be me throwing in the towel.

“I did my ACL, MCL and, for good measure, my PCL and it’s the hardest injury I’ve ever had. There’s so much that goes into coming back from knee surgery like that which most people don’t see.

“You have so many setbacks – and I had quite a few – so at times you think you’re not going to make it. But credit to the physios and S&C staff here at Northampton, they kept me going through the bad times and got me to where I am now, playing regularly again.

“It’s not until you get towards the end of the tunnel and see the light that you believe it will happen, but since coming back it’s been better than I thought it would be.”

Haywood’s injury meant the popular No.2 missed being part of Northampton’s surge into last season’s play-offs. However, he was able to observe the club’s transformation from lower table strugglers to title contenders under Kiwi boss Chris Boyd.

Haywood said: “While it was frustrating not to be playing, it was awesome to see the transition.

“When Boydy came in with Sam Vesty, Phil Dowson and Matt Ferguson, they put their stamp on the team and it goes to show that we always had the talent at Saints, we just hadn’t been using it over the couple of seasons before those guys arrived.

“You’d come down on a Monday night to watch our Wanderers games and see them win back-to-back A-League titles, so for Boydy to give guys like Rory Hutchinson, George Furbank and Lewis Ludlam first team starts made a huge difference and they’re getting rewarded.

“In my own position, there’s real depth now with guys like James Fish and Reece Marshall having had a massive opportunity last season when me and Dyls were out. They’ve proved they’re great at their jobs and it’s been hard for me to keep my position.”