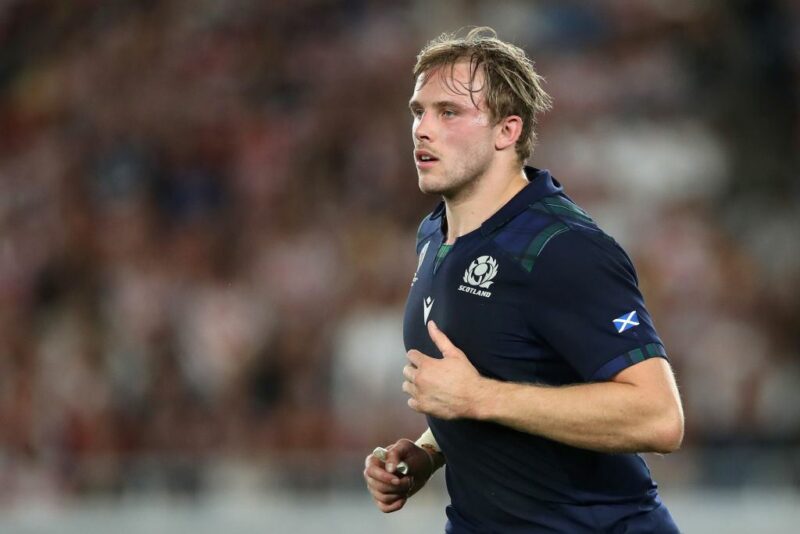 Exeter Chiefs have announced lock Jonny Gray will join the club next season after agreeing a two-year contract.

Like Hogg before him, Gray says the opportunity to test himself in a new environment was a telling factor in his decision to make the move south to the current Premiership leaders.

“I’m looking forward to the challenge,” said Gray, who has been with the Warriors since 2012. “I see the move not only as a chance to experience something new, but at the same time it’s a chance for me to develop myself, not only as a player, but as a person.

“Obviously, I’ve come up against the Chiefs in the past and I know just how tough a side they are and what the set-up is like down in Exeter. You can see how well they have done in recent years and at this stage in my career, I just feel it’s a great opportunity for me.

“I know I still have a lot to learn as a player, so hopefully the change of club will allow me to add new things to my game.”

Gray has established himself as one of the most efficient tacklers in the world, showing his superhuman abilities when making 43 tackles against Leinster last April and not missing a single one.

Despite being only 25, Gray has won 55 caps for Scotland and has developed his pedigree at Glasgow.

Heading south wasn’t an easy choice for the forward – like some of those on the Ladbrokes app – but he revealed Hogg and Sam Skinner had swayed him towards the move.

“Leaving Glasgow will be tough,” Gray added. “I love Glasgow and I’m so grateful to the club and so many people associated with the club for all they done during my time there.

“Without doubt this was one of the toughest decisions I’ve ever had to make – and I will be giving everything between now and the end of the season to ensure my time there finishes on a high.”

“I’ve spoke to both Hoggy and Skins [Sam Skinner] and they’ve both said what a great club it is.

“Hoggy says he’s loving life down there and he’s enjoying the challenge of being at a different club. Talking to both of them, as well as Rob [Baxter], I just felt it’s the right move for me at this time in my career.”