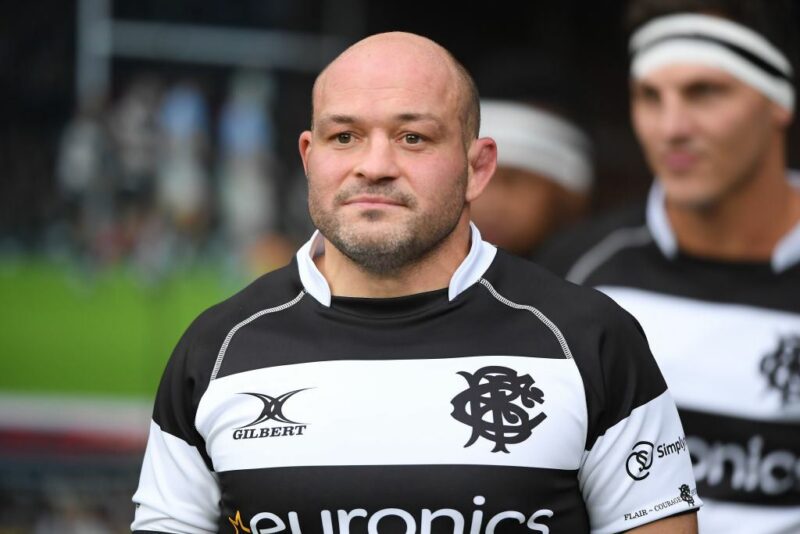 Rory Best is being asked to kick retirement into touch and take a fast track to the summit of the English Premiership.

Bristol Bears are offering the venerable Ulsterman a contract for the rest of the season aimed at reinforcing their ambitious bid to win the domestic crown put up for grabs by Saracens’ enforced abdication.

The 37-year-old farmer whose long Test career ended with New Zealand knocking Ireland out of the World Cup at the quarter-finals last month had intended to retire from all rugby as part of the Barbarians’ tour ending in Cardiff on Saturday.

After appearing against Fiji at Twickenham and coming off the bench for a goalkicking cameo in Brazil in midweek, Best flew home amid uncertainty as to where he would be this weekend – on Baa-baas’ duty against a Wales XV, part of Bristol’s 23 against London Irish at Ashton Gate or putting his feet up at home.

Bears’ director of rugby Pat Lam has an impressive track record of having already signed a pair of Test veterans – ex-All Blacks’ prop John Afoa (36) and the durable Australian George Smith whose one-season deal helped the club make an impact on their return to the Premiership.

Smith was 38 when he signed last season, a year older then than Best is now. Bristol’s move will leave Ireland’s most-capped forward with an unexpected decision, whether to stick with his retirement plan or extend his career for six lucrative months’ work in the English game.

The Rugby Paper’s revelation is yet another indication of Bristol’s ultimate objective of becoming the new dominant force in the English game.

Lam, who came into regular contact with Best during his PRO12-winning spell at Connacht, is clearly convinced the Ulsterman has enough left to keep going for another six months.