Home / Club Rugby / Harlequins have the mindset for raising the profile of the women’s game, says Rachael Burford

Harlequins have the mindset for raising the profile of the women’s game, says Rachael Burford 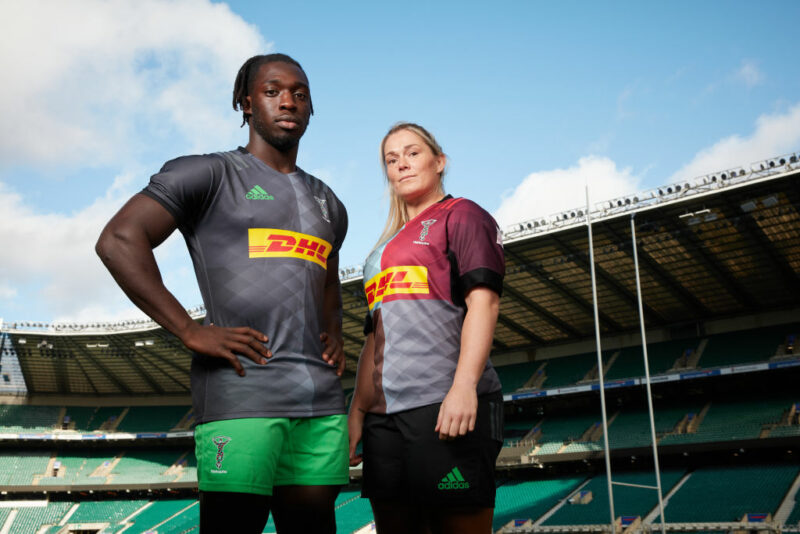 After Harlequins announced they will be taking their Men’s and Women’s teams to Twickenham in December for their seasonal Big Game spectacular, centre Rachael Burford believes the club is raising the bar in the growth of the Premier 15s.

It will be the 12th time Quins will upsize the Stoop for the ten minute walk to Twickenham Stadium.

And while Big Game 11 drew a sell-out crowd for the Premiership match against Wasps last year, the decision to arrange a double-header bringing Leinster Women to the home of English rugby is another gallant leap made by a club not settling for marginal gains.

Three weeks after England’s record-breaking attendance for a game played outside of Twickenham of 10,545 at Sandy Park, Harlequins set one of their own against Gloucester-Hartpury at the Stoop, 4,837 watching the hosts win 62-0.

For Burford, the answers are usually found quickly by a executive team often asking the question: what next?

“As a club we’ve seen that we’ve got big attendances; we do well at the Stoop, but we’re not resting there,” Burford told The Rugby Paper. “Where can we go and what’s the next big thing? We break one record, we’ll break it again with another couple of hundred in. But instead, we’ve said ‘let’s go to Twickenham, let’s play there’. For me, that kind of mindset for always wanting to set the bar high makes the players want to do all they can.

“Most players understand where our game is at at the moment, they understand that we’ve all got to drive it and push for sales. Our general manager, Atlanta St John, says ‘can you guys make an appearance down at this school or go down to the Harlequins Foundation project to see the 500 schools that we have coming down with girls’ teams’, the players will 100 per cent do that because they know it’s for the greater good. It’s a team as a whole; from top to bottom, everybody is involved in driving it.

“And the big thing is that it’s just so passionate, highlighted by the fact we’ll be involved in the Big Game 12.

The Premier 15s is in the final year of its three-year £2.4m structure agreed by the RFU and ten member clubs in February 2017.

Disparity has existed in the league with Harlequins and rivals Saracens holding sway in the title stakes with their own array of international-calibre players.

What lies ahead for Premier 15s is a tender process likely to welcome a newly-created women’s team for Exeter Chiefs, as revealed by chairman Tony Rowe in September, at the cost of some of its current teams.

A jolt to the system perhaps necessary to see the league realise the potential Burford sees in it and extend the scope for commercial attraction from new sponsors and broadcasters.

“This is the first time we’ve ever had a major sponsor for the league. What Tyrrell’s have done over the last three years has been brilliant and they’ve definitely set for standard, the minimum standard, of what needs to be achieved. Do we want more? Of course we do,” Burford said.

“We want more sponsors involved, we want bigger audiences and coverage, whether that be Sky or BT Sport. There’s a big window of opportunity for someone to come in and sponsor the league and claim the broadcasting rights.

“If someone big did come in I don’t think anybody would be saying no to it, that’s for sure. The Premier 15s could be such a big, big league and what we have to make sure is that when you’re bringing in sponsors and broadcasters, we get it right.

“We’ve got to keep looking after the rugby, we’ve seen it go from strength to strength. The first year there was only two clubs in the running, second year there was four and now there are possibly five.

“Whatever happens after the tender process, at the end of the next cycle – whether that lasts three or four years – will be really interesting to where this league is at in its potential.”

Carving a career in media, Burford will be making the trip to Sandy Park and Goldington Road for England’s autumn internationals against France and Italy.

Two occasions which will allow her support club teammate Jess Breach, the Red Roses prolific wing who scored at least one try in all five of England’s clean sweep of wins to claim the Grand Slam earlier this year.

“With Jess, she’s just kicked on right from the start. She keeps her focus and works hard, and appreciates the opportunities given to her.

“It’s key for England that, like at Quins, they need to get the ball into her hands for her to be able to do what she can do. For England to unlock all of their back three, the centres and Katy Daley-McLean have a big job on their hands to suck in the French defence to enable Jess to do her job.

“She’s one of the best finishers in the game and she’s so young, and so fresh.

“She’s working really hard at the club not just on her own qualities that she’s good at, but finding new ways to add to her game so she isn’t one-dimensional and adding new facets to her game.”