Sam Cane back for the Chiefs after severe neck break

Posted on 16th May 2019 by admin in Club Rugby, Latest News, Super Rugby 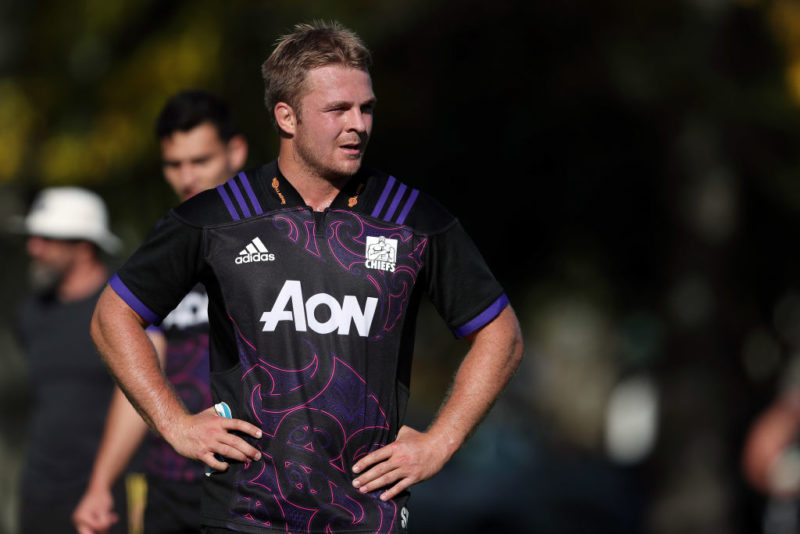 Sam Cane stands in line to make a comeback for the Chiefs seven months on from fracturing a vertebrae playing in action for the All Blacks.

The flanker has been named on the bench for the Chiefs clash against the Blues at Eden Park, having been cleared to resume contract training last month.

Cane spent one week in a Pretoria hospital after fracturing his neck during New Zealand’s 32-30 win over South Africa last October.

Donning a neck brace for the next three months following urgent surgery, Cane’s return to match fitness completes a turnaround few players are capable of according to Chiefs assistant coach Tabai Matson.

“Because of his age, because of his experience, because of his physicality, he can go from zero to 100 really quickly,” said Matson, the former Bath head coach. “Some players can’t do that. A younger player we definitely would have put through a club game.

“He’s a fantastic professional, so what he’s done to get back to this stage has been exemplary, he’s left no stone unturned.

These are the facials that happen when the camera man starts barking like a dog! 😳🤨🤣 Awesome weekend celebrating Mr & Mrs Allardice. 👰🏼🤵🏼🍾🥂🍻

“It’ll just be trying to keep up with everybody, and he’ll be really sore on Sunday and Monday. But with regards the actual injury site, I think he’s really confident with what’s happened over the last few months, and his return to play has been quite conservative,” Matson added.

While in the short-term he provides much needed cover in the absence of standout back row Luke Jacobson who will miss the trip to the Blues on account of a head injury sustained in training.

Heading to Eden Park on Saturday, the Chiefs won the reverse fixture 33-29 in Hamilton and have rotated their tighthead prop for the Super Rugby meeting – Angus Ta’avao starts in place of Nepo Laulala to earn his 100th appearance in the competition.

Chiefs team to take on the Blues in Super Rugby (Saturday, 08:35 kick-off):