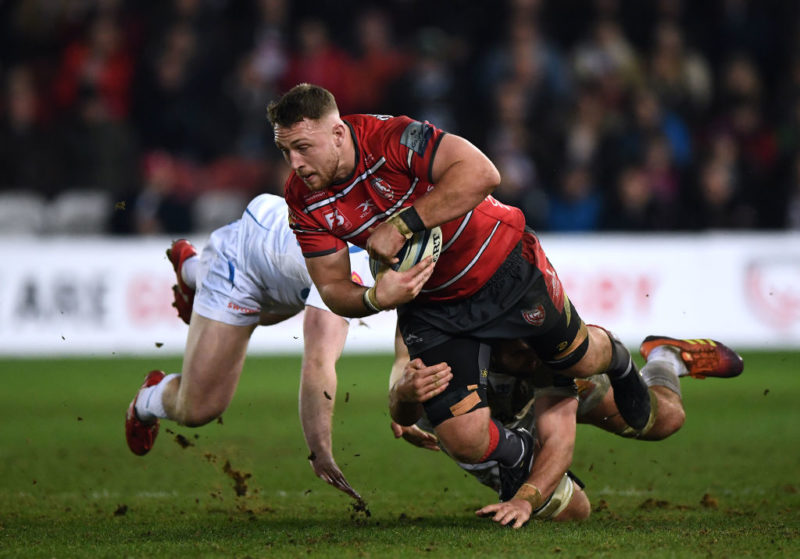 GLOUCESTER back row warrior Ruan Ackermann admits choosing between representing South Africa or England would be the hardest decision of his life.

Former Lions star Ackermann – the son of Cherry & Whites supremo and former Springbok lock Johan – has made a huge strides since joining Gloucester in 2017 and, after recently signing a new contract, will qualify to play for England in 2020.

However, he explained why opting to remain in the Premiership had been a far from straightforward decision with his international future at stake.

Ackermann, 23, told The Rugby Paper: “My feelings were a bit mixed, to be honest. On the one hand it was easy to re-sign because you’re comfortable where you are, knowing how everything works, but on the other it was hard that I could have gone back to South Africa and competed for a World Cup spot.

“But everything came together for me to keep my door open in England and next season I’ll be coming into qualifying time, so I’ve taken a longer-term view.

“After speaking to experienced South African guys here like Franco Mostert and Jaco Kriel, I thought it would be a good idea for me to stay because the way Gloucester’s been going and the plans for the future really excite me. It’s just so good being part of this club at the moment and I feel my game has developed in the Premiership.

“Coming from Super Rugby, adapting to the weather, stadiums, the people, atmosphere and all the off-pitch stuff here, I feel I’m really growing as a player. Our game at Northampton last week was as close to Super Rugby as you can get with all the tries being scored, but on top of that the physicality was right up there as well.”

With the chance of an England call-up next year, Ackermann added: “South Africa are selecting guys from overseas now but all players are looking at their options and if it ever came to a choice, it would probably be the hardest decision of my life.

“But if you look at guys like CJ Stander, who’s gone from South Africa to Ireland and is now a superstar for their national team, it shows what’s possible.

“You just have to make peace with yourself and find the right option, but my focus at the moment is about giving my all for Gloucester and, hopefully, performing as a team. If you do that, maybe you’ll lift your hand up for a shot internationally.”

Since the disappointment of losing at Bristol in early March, Gloucester have demonstrated their mettle by winning important away games at fellow play-off challengers Harlequins (29-7) and Northampton (40-31), while they also proved why matches on the road hold no fear by winning at Exeter in the Champions Cup. With all roads leading to June’s Twickenham final, check out these Bookmaker Advisor services.

With a likely Premiership play-off semi-final at Saracens in the offing, Ackermann said: “The energy in the squad is good and those last two away wins at Harlequins and Northampton were really special for the manner in which we achieved them.

“There’s still work to do to nail down that top-four spot but this team is fighting and determined to maintain standards. There’s so much still to play for and although we’ve picked up a few injuries, we’re a confident side.”