Henry Slade on the battle for England’s 13 shirt 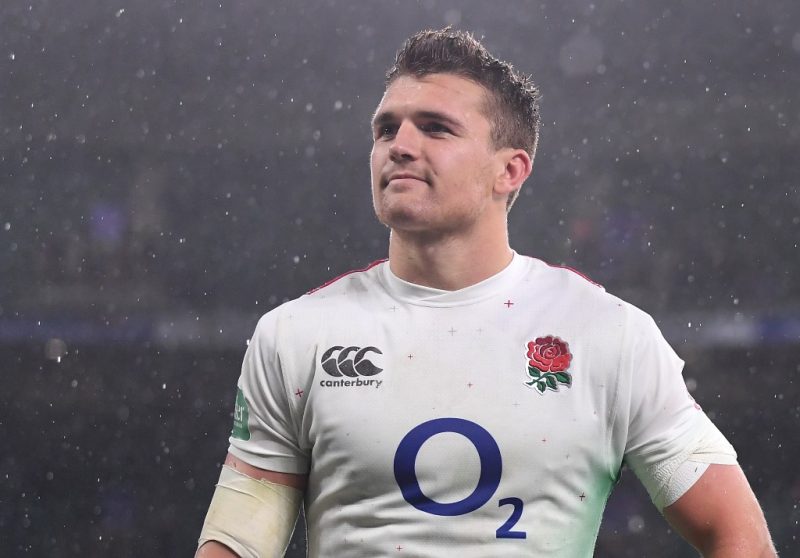 Henry Slade believes a combination of experience, confidence and versatility puts him in a great position to seize his place as England’s No.13 in the Six Nations.

Slade, 25, owned the outside-centre jersey during the November Tests when a series of assured displays against the Southern Hemisphere giants cemented his reputation as a classy operator who can defend as well.

England boss Eddie Jones may yet decide to select Elliot Daly or Manu Tuilagi at No.13 for the daunting assignment in Ireland in a fortnight’s time. However, Slade does not intend giving up his shirt lightly.

Exeter star Slade said: “Every time I’ve played for England, I’ve felt more comfortable and confident on each occasion. I feel like I played better as the autumn went on and, hopefully, I can continue in that vein going into the Six Nations.

He added: “It was an awesome experience playing against New Zealand and I thought we played really well that day and should have won.

“We showed that when we play well we can beat any side. We’ve taken confidence from that which we can take forward into the Six Nations.”

Slade has not faced Ireland before but he has regularly encountered Irish big guns Leinster, Munster and Ulster in Champions Cup action and knows where the major battle ground will be in Dublin.

“The main thing with Irish teams is how they fight at the breakdown,” Slade said. “Our speed into the clear-out and our aggression is going have to be right on it because that’s one place where the Irish like to make it a real, hard-fought contest.

“From playing Munster earlier this season, that was an area where Exeter were a bit slow off the mark and they got a few turnovers against us. That’s the main area for me but it’s one where I felt England made a lot of gains in November.” 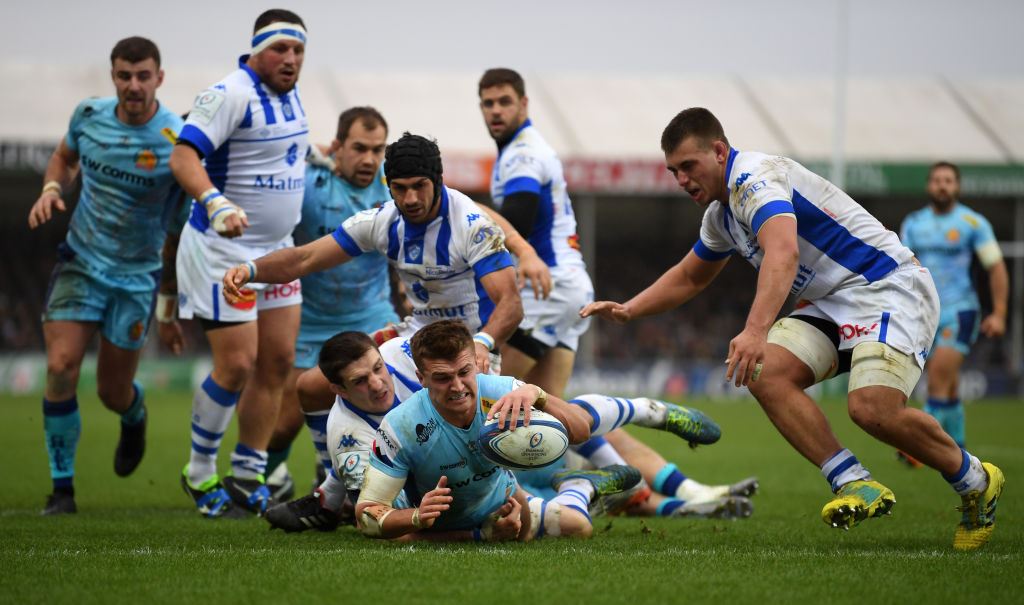 All rounder: Henry Slade slides over to score for Exeter in their Champions Cup clash with Castres. Photo: Getty Images

Slade’s rise to the top of the Test match tree has not quite been a rapid as many people predicted when, as a fly-half, his playmaking and ice-cool kicking abilities helped steer England U20s to a first Junior World Championship title in 2013.

The presence of Owen Farrell and George Ford meant it was going to be a big ask for Slade to break through in his chosen position, but his versatility, allied to Jonathan Joseph’s injury, has enabled him to stake a claim in the wider channel.

Having made his debut in 2015, Slade now has 17 caps and is determined to be a major part of the World Cup bid. Devonian Slade added: “I’ve had quite a few games in the Premiership and internationally now and feel like I’ve learned a lot.

“I’m one of the leaders at Exeter now and physically I’m getting stronger every year. I’m 25 but body-wise I don’t actually feel as old as that because I didn’t get my first pubic hair until I was 16! So I reckon I’ve got a couple of years extra on that basis.

“I feel I’m getting better and better and my versatility probably helps.”

He added: “I still try and slot in at No.10 as much as I can and it’s a good skill to have. And I went to full-back for Exeter last week as well after Jack Nowell came off. Having that ability to play 10, 12, 13 and 15 is an advantage and if it helps my chances of being picked by England, I’ll be over the moon about that.”