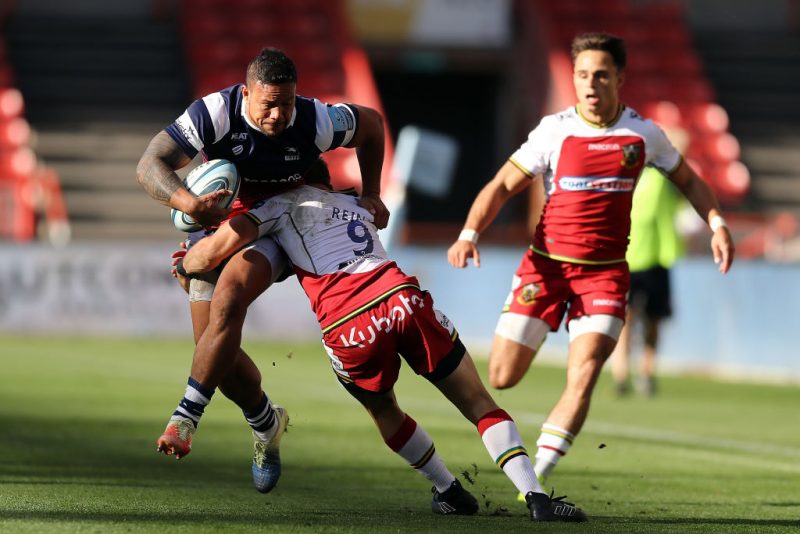 Bristol Bears centre Alapati Leiua has penned a two-year extension to stay at Ashton Gate until 2021.

The former Wasps utility back is in his second season at the south-west club and was described by Bristol head coach Pat Lam as one of the Premiership’s ‘most dynamic players’ after scoring five tries so far this season.

Leiua’s significance did not go untold as Lam shared his delight at signing the 30-year-old Samoan to a new deal.

“We’re delighted that Alapati [Leiua] has agreed to continue being a big part of the Bristol Bears journey going forward. He’s been a key player for us and a positive influence on and off the field with his experience in the game,” Lam told the club’s website.

“Alapati consistently shows that he is one of the most dynamic players in the competition and he will be a major asset for us going forward. He is enjoying his rugby and the team environment – we’re excited to see what he can accomplish in the next two years.”

Leiua has spent almost five years playing his rugby in England after moving to Wasps from Super Rugby outfit Hurricanes in 2014. And the 24-cap Samoan international said he had been made to feel at home at a club with ambition.

“I’m loving my time at Bristol Bears, so it was an easy decision to commit my future. There is a clear vision in place at the club and everybody knows what is expected of them.

“It’s a really positive environment to be a part of and I’m enjoying my rugby under Pat [Lam] and the coaching team. The focus for us now is to keep pushing up the Gallagher Premiership table and working hard to achieve our goals.”

Leiua’s announcement furthers the retention of key players at Ashton Gate, with Steven Luatua and Chris Vui signing extensions over the festive period.